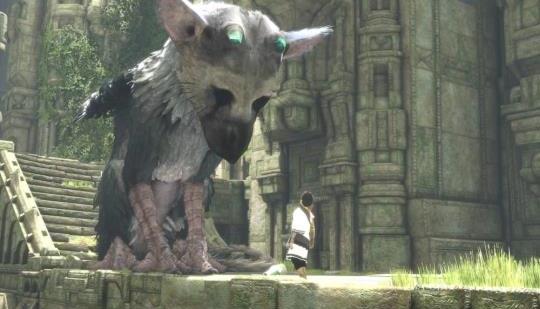 10 Games That Looked Better Than They Played

Except TLG was great.

I wanted to love it so much, Trico was great when everything worked right.

I may get downvoted to hell but I love the concept of Team Ico games but I don't think they play very well. So I play and love many games that kinda fit in that genre? Majin & The Forsaken Kingdom, Brothers a Tale of Two Sons, Lost in Rain, Lost in Shadow, RiME,Journey, Abzu and others that fall in that simpler but emotionally driven games. I am hoping the remake of Sotc fixes a lot of the issues I had with the original on PS2 which still sits on my shelf. I want to like them but the gameplay is so jank.

Yeah I tried to get into it but I couldn't. The controls were super sluggish, and it looked like a ps2 game to me. I didn't get too far. I'm sure it is a good game to some people, but it just wasn't for me.

Strongly disagree on that one

The last Guardian was brilliant. Another masterpiece from Team ico and another reason why the ps4 is the best console.😚

When the camera kept looking right up Trico's ass I also thought, 'what a masterpiece'.

Incredible game. Most people didn't get that Trico and controlling it was one of the larger puzzel designs. Anyone that had ever owned a pet really got this as well it seems from conversations I've had on the subject. Loved it. That team deserves so much repespect for being so daring in their game designs

I enjoyed it somewhat but the controls were terrible and Trico would only respond half the time.

Get Even was awesome though

Alice: Madness Returns is one of the beste games from last gen

Despite the flaws in Ryse and The Order... i enjoyed both and would welcome sequels.

I completely disagree...last guardian on the ps4 pro actually had SMOOTH gameplay...also if you understand what the game is about, the gameplay is very interesting...

It you only want twitchy, shooters or arcade games then you wouldn't' understand.

Also gravity rush 2 had great gameplay...It's supposed to be sorta awkward for a reason.

I can agree with a lot on this list that I played but the one thing that i cannot and will not agree with is EL SHADDAI: ASCENSION OF THE METATRON.

That game was brilliant as well as completely underrated and I just wish something similar would release.

I do not think that The Last Guardian belongs on this list. It was a very good game. In fact, I would say it is one of the highlights of this gen and will stand the test of time.

The order was the most expensive movie I've ever paid for

The Last Guardian Has Some Game Breaking Bugs In 4K/60 FPS, Here's How To Avoid Them

A Bond of Separation: A Last Guardian Retrospective