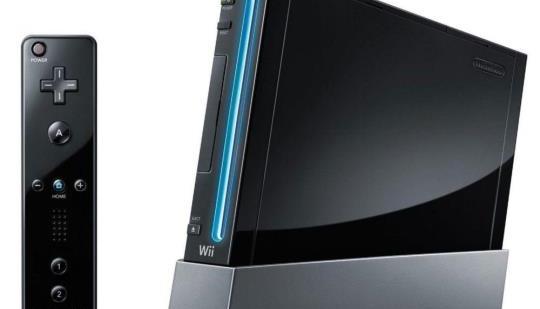 Survival Horror Games for the Wii?

Jerry from BagoGames says, "Mario games are great for Wii, but what about survival horror games? You wouldn't think it, but the family-friendly box has some satisfyingly creepy titles."

Every Nintendo console has horror titles

How many times are we going to hear "you wouldn't think these kind of games would be on a Nintendo console?"

Seriously anyone who spews that sounds like an uninformed grandparent. At this point it shouldn't surprise you that any kind of game comes to a Nintendo console.

In fact every console from every hardware manufacturer is family friendly.

Because generally it messes the bulk of em.

The list goes on, a vast number of series just don't show up on those platforms. Its not that shocking to hear someone say "you wouldn't think these kind of games would be on a Nintendo console?" when the system has entire SERIES that have never been on any Nintendo platform. Literally, they are the only damn hardware company that has THIS many series MISSING from their systems.

The vast majority of what I told you can be found on PC, PS and XB, Nintendo is simply the odd man out on this one. This isn't even a subjective idea either, this is literally a objective fact....most series are not on Nintendo systems. Someone making that statement I feel is fair to say that.

We get Resident Evil on Nintendo systems, yet many SKIP them, ie RE5,6 and 7, where XB literally has more Resident Evil titles in terms of main series on it....look it up.

They have Fatal Frame

Obviously many games skip Nintendo consoles, but that still doesn't mean it doesn't get games like those time to time

Who said it didn't? My own post states they do and even gives examples

Its why I stated that in the first place, because I KNEW you'd try to turn this into a argument about the assumption of it having ZERO GAMES. Never said anything like never bud, simply that so many have skipped that platform that the comment someone might make about that is warranted completely.

Example, is Evil Within 2 coming to Switch?

This is the ONLY hardware manufacturer in terms of gaming that legit has soooooo many missing series. Someone is correct to have that assumption as like I stated in ENGLISH in my post "many SKIP them" as you stated too "many games skip Nintendo consoles"

Soooo what are you arguing about? Facts? smh

I recall a Silent Hill knockoff that never released. Even the name was something similar. It actually looked pretty.

Resident Evil 4 Wii Edition needs to be on the list if not number 1!
PROJECT ZERO 2: WII EDITION (If you've never played Fatal Frame 2....this is a good version to play next to the PS2 port on PS3 via PSN)
Dead Rising was also ported to the Wii but I'm not sure if that is a good version or not, but still a horror title.

OH YEA! Did that ever come to the west?

Either way, that is a must add too.

EDMIX it didnt come to the west..but there is proper fan translation to it on internet which lets you to play in english..game is really good

Peach vs Daisy vs Rosalina vs Pauline: The Fatal 4-Way Princess Battle

Mario vs Sonic: Who Wears It Better? The Battle for Mascot Supremacy