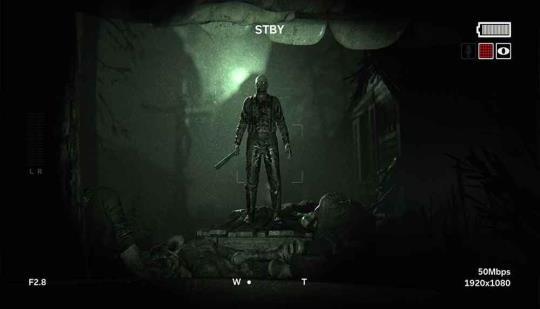 PressA2Join: From the moment that very same helicopter which had previously carried journalist couple Blake and Lynn Langermann dropped out of the night sky somewhere over the desert plains of Arizona, Outlast 2 like Outlast tirelessly sets about earning its scares. When it first released in 2013, the constricted confines of Outlast‘s supposed abandoned setting, Mount Massive Asylum provided the perfect breeding ground for hysteria, lunacy and unbridled suffering; a terror that reporter Miles Upshur and I would endure to the very end. Still, in spite of the ballsy reporter’s voluntary and then involuntary cascade into a hellish madness, nothing would prepare me for the terror that awaited one cameraman in his search for his beloved, deep in America’s terrifying Southwest.