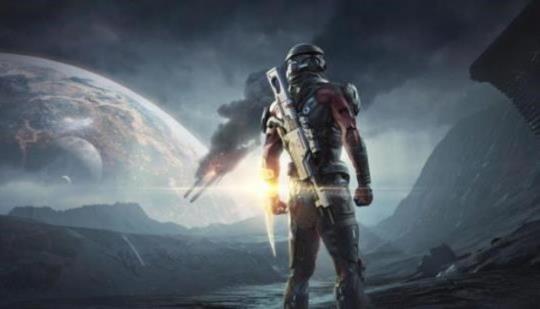 EA’s ‘Mass Effect: Andromeda’ remains at No1 for a second week, equalling the 2 week consecutive run of ‘Mass Effect 2’ (‘Mass Effect 3’ only had 1 week at No1, replaced the following week by EA’s own ‘FIFA Street’.

Happy to see Kingdom Hearts and Zelda in top 10.

Yep and Horizon still at 6, nice.

UK are U Kidding?

What ? Me and other people do enjoy ME:A. Yes, the game have a issue, but that doesn't stop me from enjoying the game in my opinion. Hopefully Bioware will fix the game in April 4th.

Agreed I chose to not purchase Mass Effect Andromeda simply cuz I just didn't have enough time with all the other games I was already playing and I heard about some of the technical issues currently being patched, but I still respect people's decisions to purchase.

it when I looked on my PlayStation Network I was pleasantly surprised that like 10 or 15 of my friends were all playing Mass Effect Andromeda.

I think lots of people need to realize that most consumers seriously don't care about the sensationalized media that journalists put out. What's upsetting is I saw that there was some pretty serious issues with Mass Effect Andromeda in regards to some of its glitches that were pretty major that were actually overlooked because every media Outlet just wanted to jump on talking about the facial animations to the point where it was like a lot of them are not even doing their jobs they're just rushing so they could get clickbait to talk about facial animations where there's a lot more issues with the game that probably also could have been addressed but they were ignoring them in favor of talking about the Hot Topic.

They could care less about informing the user.

Because of this most people might not take them that seriously which is clearly going to leave the majority of fans trusting their own instincts and purchasing their favorite franchise as opposed to listening to reviewers or willing to give games the lowest possible score because they didn't like the facial animations.

All I've got to say to some of them how important were those facial animations? Because it sounds like some of these guys have more plans to Simply watch the game then play it I had no problem playing Mass Effect and even Fallout and Elder Scrolls Lost Generation despite them not being the absolute greatest in that area

Some of the best games I've ever played in my entire life also had some of the crappiest facial animations.

@EDMX I agree with you about ME:A. The game does have more problems than facial expressions problems. Yes, I had ME:A and played it. Like I said, I'm having fun with the game, but the flaw of this game need to be addressed immediately.

Agreed I've beaten ME:A with 84% complete. Was really satisfied with the ending. The buggy nature of the game is the reason why I'm holding off advising my buddies to buy it to play MP with me.
A few texture bugs make the game really annoying. But I enjoyed it, and hope that they continue making ME because I made some odd choices near the end that I want to see how they impact the next game.

People have a choice even they are minority or not.

Why? The game is awesome.

If you're a ME fan I think it's a solid 7 or 8, would be much higher if they manage to iron out the many bugs. If you're not a ME fan maybe best to avoid at least until they patch it up.

Well, I think Bioware will have something for us in April 4th.

ill probably play it when ea gives it away.

I wonder how ME will do globally after a month of sales.

Oh but what happened to the 'its the 2nd worst ME launch ever in ever land ' comments?

More proof that reviews dont matter and the narrative of the internet forums doesn't reflect reality. Mind you, if people really dont like the game after playing it they will probably skip the next one unless it has a really strong marketing push.

£42.02 has gone missing out my bank account which happens to be the exact price of mass effect andromeda on amazon. Please Please Please let my Wife have a surprise for me when I get home from work.

5 Games That We Wish Got Some DLC, but Never Did