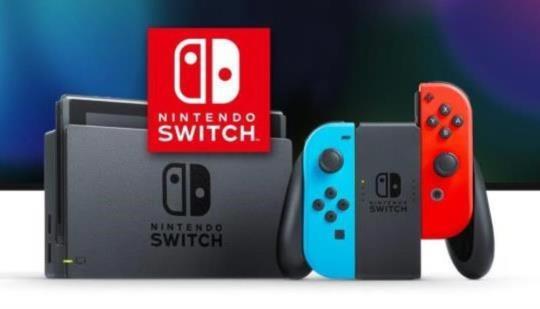 5 Fixes We Want for the Nintendo Switch

Indie Obscura: There are a few quirks found in Nintendo’s newest console that could use a little TLC.

Wow! Honestly, this may be a deciding factor in whether I get the Switch. Especially the whole virtual console thing. C'mon Nintendo. Get it together!

Virtual Console is coming. Web Browser is coming.. Half of these things are problems that will be ironed out.

I mean how can you complain about the Subscription Service when there is none technically right now. Complain in the fall when it launches and we know what we get.

As of where the Switch is right now, these are 5 valid fixes. Also, web browser is not coming, Nintendo stated they purposefully left it out. Aside from that, I think the main argument regarding paid subscription is Nintendo offering the games temporarily rather than other services, which allow you to keep them.

Hopefully Nintendo keeps its promise about Virtual Console, and maybe adjusts the subscription a bit (at least make it cost effective if the games are temporary).

well if we are saying where the Switch is now, then the paid subscription is not valid because there is none. And Nintendo could easily change their decision regarding what perks we get, nothing is set in stone.

Web browser was in the 3DS, Wii U, and Wii. No reason why it won't show up at some point on the Switch. Just like media streaming apps like Netflix, etc.

Virtual Console may be coming, but it's not available yet. Nintendo has been vocal about not wanting a web browser on the Switch ( http://www.theverge.com/201... though they could change their mind. As of right now, it's not available.

A test of the subscription service, however, IS available right now for free. There's no word on whether the current subscription offerings (temporary games) will change once it becomes a paid service in the fall.

Things are still really unclear when it comes to the Switch, which is why that site listed things the way they did.

I'd love to play Wind Waker on the Switch. The art style of BotW really reminds me of all those hours I spent in Wind Waker. But yeah, totes agree! >.<

Wind Waker... hmmm. I doubt we'll see a re-release of it on the Switch so soon. They already gave it the HD treatment on the Wii U. What I would love is a Ocarina of Time HD release. Sure, having the game on the 3DS is nice.... but you don't really get the beauty of it with the 3DS' lower graphical power.

Fair point. Ocarina of Time HD would be incredible also!

That's what I'd like to see. I mean they did just bring it to Wii U recently so how hard can it be to bring the HD version over to Switch. Twilight Princess is another. obviously Orcarina of Time or any other Zelda would be welcome but Wind Waker and Twilight Princess having already had an HD release on Wii U seem easy and logical choices. While I still have my Gamecube I'd much prefer to buy them again on Switch and play them in HD again.

1.) Fix the cheap tablet feel. The thing looks like a GPS from 2010 and feels like a cheap $100 Android tablet from 2012.
2.) The buttons are far far too small and the controllers (all of them) feel like garbage. The Joycons are too small, the buttons are too small, the joysticks have no travel, and what do we still have trigger buttons that feel like PS2 triggers. That was a long long time ago. The pro controller buttons are bulky, and flat out feel like a MadCatz controller rather something official.
3.) Bluetooth, the connection issues are inexcusable. It's mind boggling that the Joycons gain no benefit from being connected to either the device or the gamepad, and there's connection problem galore.
4.) Screen brightness. It's horrible and lacking.
5.) Resolution and screen quality. There's a large dead pixel issue, and it's pretty in-excusable in the year 2017. The resolution also looks horrendously bad. I can't express how bad the lack of AA is and jaggy galore. I feel like I'm looking at a PSVita game... on a `console`.
6.) Memory. Throw in a large SSD. You're willing to charge $70 for a half-baked 'pro' controller, but you don't have a premium 'console' with a large SSD?
7.) Transferable file saves... need I say more?
8.) Charging port - The location is on the bottom, where it rests .....
9.) Paint quality, there's number reports of people adding stickers that flat out rip off the paint... quality should be important here (especially if you expect kids to use this).
10.) Comfort, It's not ideal or ergonomic to clam your hands around the system to play it. Your hands should grip comfortably around it. This is literally how carpal tunnel problems start.
11.) Battery life, it's not acceptable for a full fledge console of this size.
12.) OS features, it's lacking in almost every department. The simple limitations of chat are insane.

This list could go on and on if I wanted to spend the time on it.... but it's much more than a few things.