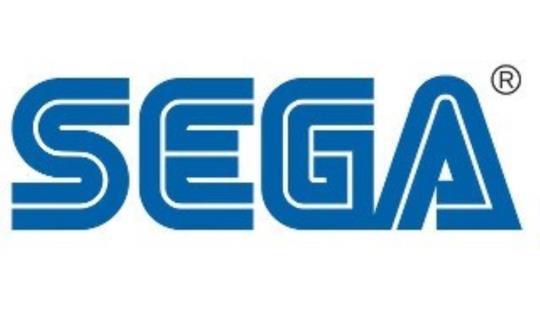 Dropping out of the hardware race back in 2001 with the Dreamcast, SEGA has struggled to recapture the glory of the 80’s and 90’s for the last 16 years. Corporate reduction, shutting down several first party studios, misuse of the Sonic franchise, oversaturation in the mobile market, and a general lack of focus are just some of the many offsets that have plagued it for the last decade and a half. However, the company has its best chance to finally make a comeback this year.

Adhttps://store.steampowered.com/app/1488200/Symphony_of_War_The_Nephilim_Saga/?utm_source=n4g&utm_medium=native&utm_campaign=sow_n4g_native&utm_content=png
- Comments (73)+ Comments (73)
TopNewestOldest
Expand all
The story is too old to be commented.
2200d ago

this. love that game

Not at all. They only stopped making consoles to ensure that they wouldn't go under at the time, they aren't in bad shape financially at the moment.

It will be the year or Sega when mainstream Media will stop pouting Sega games and give them proper coverage and grades.

Sonics always get the gold old Genesis time when Sonic games were good but they always forget the high mark they gave for: all 2d Sonics on GBA and NDS, Sonic Heroes, Sonic 4 and Generation.

Alien Isolation is now a great game pioneer with Outlast of the revival of survival Genre but IGN and Gamespot at the time gave it a 6 out of 10.

Happy for Yakuza 0 but aside review did they gave 1 article of coverage?

True I didn't understand the scores for Alien Isolation. That's one of my favorite games this generation. It does seem like media is unfair to Sega. I don't care much for Sonic, but there are plenty of other IPs

I love Sega, but until they pump out more games and update games like skies of Arcadia, streets of rage, virtual cop, shinobi,house of the dead,etc.,I can't actually believe this to be true.

I would say Sega has been making the best decisions in their company for the last couple of years.

They have been very conservative on their releases and they have made a very very smart purchases from purchasing Relic to creative assembly to Atlus.

I would really like to believe that. I still have 2 Dreamcast systems that I hope can survive the years ahead. And from buying every Sega system except 32X and Sega CD. Played them. Didn't buy them. Bought a Saturn instead.

But after their purchase from Sammy, and being disappointed for years waiting for them to make something from the old days,and their use with panchinko games, It's hard to be hopeful.

New Virtua Cop, Streets of Rage, and House of the Dead should all be a must. I don't know why they're just sitting on gems like these. Sega could be making so much money right now! Imagine those shooters in VR 😄

I do every day when I use PSVR. Virtual cop would be so awesome. And house of the dead overkill extended cut would make me laugh some more.

Maybe emailing Sega would get them to respond.

well, if they make use of that survey they posted about reviving IP's then yes, it could be a great comeback. Will they sell more Yakuza games? you can bet on it, but that doesn't excite me in the least. To each their own.

They're off to a great start with Yakuza 0

They have been on a good steady comeback. Where have you been?

Sega will never be dead to me there arcade games are stuff of legend. Most of you were still in your daddy's
Ball bag when sega were top of there
Game. Video gaming didn't fucking start in the PlayStation era. One day
Kids will be saying that about Sony
Or Xbox then you will be on the defensive. Rant over !!

Tell em! LOL. Seriously though Sega deserves our respect for their huge contributions to gaming.
With that said I hope they bring back the following......
Jet Set Radio
Skies of Arcadia
Sonic Racing ( newer but needs another )
Shinobi
Virtua Fighter (competitive wise it's the best 3d fighter)

Sega Genesis was my 1st console. Sega was the company that got me into gaming and games like Quackshot, Streets of Rage, Revenge of Shinobi, Comix Zone, Sonic 2, Super Monaco GP and Columns will forever be some of my all time favorites.

Although I grew up on Sega they seemed Irrelevant for a few years. It's so good to see them back in form

Skies of arcadia and jet set radio would be appreciated, thanks. I will say they are making good moves lately. They just need to up the quality a little on the sonic 3d versions.

Remake the Original Phantasy Star trilogy (3 was an offshoot) but with today's tech. It would be awesome probably like Mass Effect but with turn based fighting.

They don't own that anymore. It belongs to Take Two (2k) .. the developer VC is also under 2K

I know it was a joke even though I really want NFL 2K to return.

Bring back Ecco and Shining Force and I'll be chuffed

right? a true to form Shining Force that is a strategy RPG is all we ask. Not those off shoots action RPG w no personality. And I'm still down for some Ecco.

You know something is wrong with gamers when they keep harassing a gaming legend like Sega but worship filth like rockstar who keep recycling the SAME exact idea into every game.

Your right to a degree but I wouldn't use Rockstar as the example. Many younger people don't know Sega has as much IPs or more than Nintendo. They probably have the most in the industry. There isn't a genre untouched by them. What they do deserve criticism for is their Sega genesis add ons and saturn hardware. Game wise they always delivered (in the past..presently no). Sonic in 3d is probably what people really think about though and the bad entries it's had.

they still deliver games. Sega in the 2000s was a prime example of doing 3rd party software right.

yeah when I said presently no in the tense of "always" ... I would say they sometimes deliver now. to make what I am saying clear.

SEGA is back
Kickin it off with Yakuza 0.

So, does that mean I'm going to get PSO2 finally? Or are they still screwing us out of that game?

Been waiting over 20 years for Phantasy Star 5. Make it happen Sega.

The Yakuza franchise alone gives Sega some street cred. The games have been excellent and Yakuza 0 gives newcomers a chance to get on to the series without knowing any of the stories from the previous 5 (or the Zombie outing). With Yakuza Kiwami this summer gamers can play a remake of the original Yakuza PS2 game and then Yakuza 6 next year will bring it all up-to-date.

Sega did lose the way for a while. The failure of Dreamcast, a console that should have succeeded, must have hurt and bowing out of the console hardware business altogether must have really hurt! Sega owns some of the greatest IPs but failed to exploit them over the 16 odd years since Dreamcast. Letting Yu Suzuki create Shenmue 3 was a step in the right direction and now bringing back the Yakuza series to the west (Yakuza 5 took 3 years to get to us) has given Sega a new lease of life. If Persona 5 is as good as we expect it to be, there will be no looking back. Now, we need a return of Shining Force, Jet Set Radio, Ecco, and a really good Sonic game. Long way to go yet for Sega as there are so many IPs that have been neglected and need revisiting before gamers who played on the Sega console right up to Dreamcast will be satisfied.

Really because I don't see it that way. Where's Vanquish 2? What about Shining Force 4 or Phantasy Star 5? Resonance of Fate 2 would be nice as would Binary Domain 2. Don't care for Persona or Yukuza so that leaves me with Sonic which is a very hit or miss franchise at this point. Far from what I would call a Sega comeback. Its nice to see that aren't going the Atari route however so its not all bad.

They should try to revive Otogi, that game was great, Sega has dozens of great games under their noses and they don't realize it.

The need a console on par with XB1/PS4 and be backwards compatible all the way back to Master System... Yup cartridge slots and all..😁

Don't post articles that u don't expect someone else's opinion.

That series is one of the best games ever . Like a 3d version of Advance Wars..

I can only hope Sega comes back and tries to re-claim it's glory days!...That will require smart game design of old classics that update everything so new gamers play it but also don't alienate the older gamers that made Sega the success it was in the 80's to late 90's.

Since Sonic has been struggling I always felt Nintendo should assist them on reviving it in exchange for an exclusive. I am sure they'd get it right ..
being an artist (speaking of myself) sometimes when you lose inspiration it's good to go to other artists to see things from a different perspective.

Sega needs to do what Nintendo has done, get platinum to develop a streets of rage and shinobi game. Have Konami make a sequel to CastleVania bloodlines a few games that were on the Sega 32X and Saturn.

Although it's extremely unlikely I would surely buy a new console from Sega if they could scrounge up the money. Honestly I just want the first 2 Shenmue games remastered, a modern day Golden Axe, a new Jet Set, Powerstone, I could keep going. As long as they continue to churn out games and hopefully revitalize some franchises from their glory days, I'll be happy.

As long as I get my Project Diva.

Nope this is not the company had that more IP's than Nintendo could shake a stick at and created several new IP's a year.

Don't call it a comeback! No really please don't!

Is this article serious. The authors delusional they have made one good game this year let's not get carried away.

How many times have they promised to take sonic back to his roots they don't know what this means anymore.

Agree 1Disagree 0
▼✖-+
SPAMInappropriate
Show all comments (73)
The story is too old to be commented.
50°Fresh