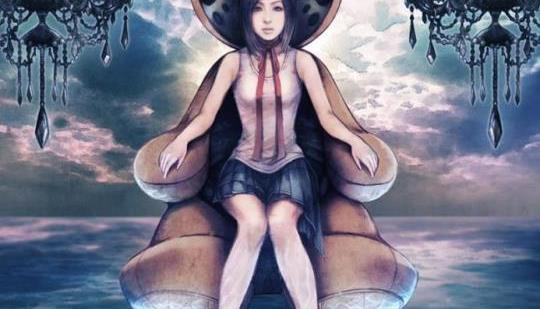 Utada Teruzane, father and manager of Utada Hikaru, has confirmed that Utada is working on the theme song for Kingdom Hearts III on Twitter.

If they got someone else it would be so out of place.

The best theme songs for Japanese made games like this are Japanese artists which can also do the song in English.

As long as she does both versions (EN and JP) like she has in the past. I have the theme songs in both English and Japanese for KH 1&2, love them. Hopefully SE doesn't try to use the flavor of the month for the English version (Leona Lewis for XIII, and now Florence & The Machines for XV [though not the main theme]).

I remember the rumour last year where it was said skrillex would be the main theme. Everyone including me lost their sh*t loool. Dont know whether it was fake or not

Yeah I'm not religious and I prayed on this. My conclusion:

Didn't we already know this

No, because of Utada Hikaru's aversion to allowing her songs on downloadable media, there was no way to be sure. There was even a rumor that Skrillex was considered to be the next song writer. Thankfully Utada Hikaru has finally allowed KH games to have her songs with them in downloadable format though, starting with KH 2.8.

She's still doing well in music as well. I just watched her recent video for the anime Evangelion and she's still got it.

Good news. There was still no way to be sure if Nomura would let it slide though if they were only allowed physical disc releases. I mean, the dust has just settled on letting her songs be in future digital releases. They may had cut her song out of the download releases if she wouldn't allow it which would be awkward for some users.

Sweet! I hope it retains all the magic of the themes from the first two games. KH3 is one of my most anticipated upcoming RPG's.

Thank God! This is amazing new in comparison to that skrillex rumour. Actually it's just amazing news in general but even better considering how much worse it was sounding!

She is digital version killer as I am so happy about it as I really hate how KH is suffer in digital term because of her.

Watch the theme have the most Youtube AMVs in history

Utada Hikaru is her name. Title is wrong. text seems to have it correct

FINALLY A NEW SONG for KH3! Simple and Clean and Sanctuary were good, but when every KH seemed to use it, it just got over played and annoying.

I was worried there wouldn't be a separate theme from her for KH3. This is good news. Can't wait to hear it.