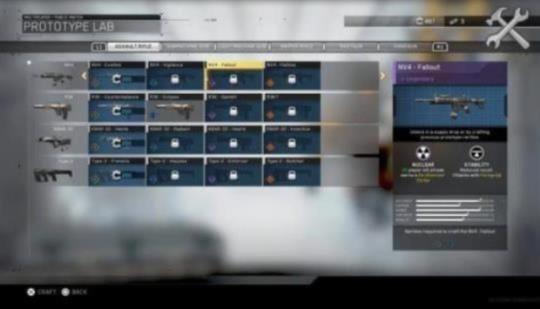 While microtransactions have become a universally detested aspect of modern day AAA gaming, most games have found ways to provide additional revenue streams in game without disrupting the integrity of the game. Cosmetic upgrades, weapon skins, and the like have been the most common examples of this in work. While features like this do inherently create an ecosystem of “have’s” and “have-not’s” its generally harmless overall because as previously stated, it doesn’t affect the integrity of the game. Unfortunately it seems Call of Duty Infinite Warfare said “to hell” with that logic and has chosen to include a microtransaction system that does provide a tangible advantage to players that fork over the extra cash.

This series just needs to die already. Bundling remaster with this game, no dedicated servers, ancient engine, 0 originality and now blatant pay to win. Activision is clearly the worst gaming company of the year.

Agree with everything you said except "year"...I think you meant decade.

Call of Duty has never really been a competitive shooter, the combat and design of the game (specially the more recent games) focuses on randomness.

not necessarily true as it has a big competitive scene, but that scene is kind of laughable compared to CS.

Of course it has the largest "Competitive" scene, COD just outsells all the other shooters. CODs competitive scene is due to its popularity not the design of the game.

Just because there is a scene around the game doesn't validate it as a real competitive shooter. There is no real skill ceiling in the games, it's so compressed it may as well be a skill floor. That's why the series sells so well -- it's just super easy to play and get kills in. These people don't want to improve their own individual personal skill and actually get gud(TM), they want instant gratification with zero effort and CoD gives it to them. The fact that there are leagues and tourneys for CoD is a huge joke and pretty sad to see.

As the other guy said, there's just too much shit and way too many variables in the games for it to be even halfway balanced. It's all about random nonsense, and IW's multiplayer beta exposed that in full force. Not to mention all the issues with the crappy netcode that they haven't fixed in almost a decade now. It's just such an inherently flawed framework and design that totally precludes it from being a legit competitive game.

The claim that there is no real skill ceiling in cod is invalid when there is a clear difference between pro players and the non pros.

If you honestly believe there is too much stuff in cod, then you haven't been playing shooters for a while.

@NarooN
"There is no real skill ceiling in the games"

-You can hate COD all you like but to say there is no skill involved is just straight up stupid....I mean that's why there are bad players I can dominate, there are medicore players I usually get the best of, there are good players who I go back and forth with, there are great players I usually lose to and there are those *Pro players that I don't stand a chance against.= If what you were saying was even remotely true "its easy" then any newbie could pick up the controller and have as good of a shot at winning the match as seasoned players....anyone who has played COD knows that is not true.

btw..I canceled my preorder because I am sick of the microtransactions, Activision has just gone too far.

Microtransactions always ALWAYS has an unbalancing system that separated players. Those who play the game to earn content have to suffer tedium and annoyance, while those with tons of money to unwisely spend are more rewarded, but with no benefit or satisfaction, which destroys the meaning of video games in the first place.

People shouldn't be surprised by this type of system here. You let it happen in the first place. You keep paying for the micros in $60 and now look where we are? The practice has gotten worse, people saying "it doesn't affect the game" has proven 99% false when it all affects the game's progression, players patience and tolerance, and added stress to developers, and it has reached to single player game that didn't need it. Whether it's just Call of Duty, more and more publishers are copying this method because we fell for it and keep falling on and on and on.

This is a whole new level of stupidity having to pay for faster access to content that's already in the disc that we paid for. It's not pay to win. It's pay to skip. In that case, why are we even playing these games for? Fun doesn't cut it. If it's fun, you wouldn't need to pay to skip an experience no matter how little time you have with the game. I barely have enough time to play games, but I would never pay to skip. Challenge is thrown out the window. We paid for these games just because it's popular to show off people? That's pretty much what I see. No wonder you guys later on forget about the previous installment. And anyone defending the pay-to-win/skip model, I just want you to know that you aren't helping yourself. You are admitting that not only are you NOT a gamer, you also have a shopaholic problem. In fact, this is what we could've had in COD https://www.youtube.com/wat...

While i agree with you in most aspects, i also disagree. For instance, in nba 2k, i do pay to skip, because the less time i spend in my career, more time i get at the park. Call me foolish, but i have no regrets. I still have to earn badges and what not. This with cod i think is worse than pay to skip. At least in nba 2k you are spending vc on definite results, not at a chance for something. If it was real money for a set amount of crafting it would be a better skip but would be a problem in the community. But im not biting this year's game, im actually thinking about titan fall because their business practice seems way more consumer friendly.

LMAO, 2K IS THE MOST PAY TO WIN GAME I EVER PLAYED!

You just admitted that you paid to skip progression to get somewhere. That is not gaming, in that case and I'm sorry to say. If this is your method of gaming, I hope you never play games for the rest of your life considering you no regrets.

Ethos dissected this game's microtransactions very well and called it the most offensive https://www.youtube.com/wat...

At this point it feels like Activision and EA are in a pissing match to see who can make the most annoying changes to their game with EA monopolizing private servers for battlefield 1 and shutting out any 3rd party competition and now this in infinite warfare I wonder how far they will go to outdo each other.

another year and yet another pass from me on this game. Bring back the simplicity and the fun factor and I will purchase it again...3 years now I have not bought the game....I tried the Beta and was sadly disappointed. I never purchased anything in game other than map packs.

Never? Not even a skin? Not a taunt?

not a single thing other than the Map Packs

I'm glad I moved away from cod

Not buying Infinite Warfare for COD remastered. Instead I'm playing Battlefield One and wait for the standalone version of COD4 remastered.

And EA is supposedly the worse company SMH. Microtransactions has no business being in CoD, a series that makes millions every year and charge $15 for maps. ActiVision is a cancer on the industry. High Moon Studios and Raven Software made some fantastic games, but now they're backup CoD devs.

Probably because EA has micro transactions too.

Saw this in the demo, the players who played longer and had the better guns won shootouts. Its just a ploy to get people to spend money on packages. COD is a joke. Thank God for the Remaster

In the beta I had no issues upgrading guns. I'm a creature of habit, once I find the guns I like I'll only upgrade those guns. And with daily login bonuses this is virtually a non-issue. No need to pay for in-game currency for this feature.

CoD ruined the gaming industry. Ms and Dony need to stop paying these f****** for timed dlc and gamers stop buying the ***** game

I played the beta and didn't like it. Battlefield 1 and Titanfall 2 are my main FPS this holidays.

I just came here to point out that this article is written horribly.

Regardless that it's 100% correct about COD. WOW!

spelling errors, quotation marks on words for no reason, etc.

97 hours to upgrade your weapon LMAO

Where's a meteor when ya need one.

Not to mention Hillary, ISIS and Brexit

Most people bitching will buy this game or already have it on pre-order. Or they will wait until black friday until its on sale and pick it up.

I've bought every cod since cod4. I'll wait for the unbundled remaster and continue to play overwatch and bf1 for my fps needs.

Well now I definitely won't be getting this game. I knew it got bad with Black Cocks 3, but wow this is even worse.

What else is there to play now for multiplayer? Guess I can just go back and finish some old games and stick to Gears 4 and Overwatch till someone comes out with a decent multiplayer game

lol not even worth a rental, time for me to go back on a hiatus from this series, AW & BO3 were ok to meh.

I haven't played the last 4 CoD games, MW3 was just a shambles. I'm glad I finally got out the routine, blindingly buying the "new CoD" because it's "new". I wish I had gotten out sooner... I think anyone who wants to play this game, should either rent or buy pre-owned. That way the devs don't get a piece of the pie, and they will eventually die out.