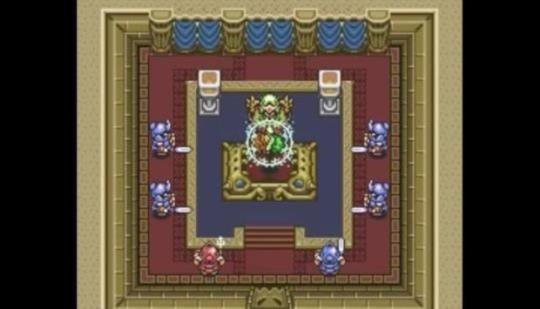 Censorship in Game Localization is Nothing New

Censorship in game localization is not a new phenomena, as it has been going on ever since the SNES days, although it is only now that it's made a huge stir

very interesting article. it's funny how wer're having a craze of people screaming about localization now when back in the day it was just a given this is the way things were.

in this day and age censorship is unacceptable, bottom line. we live in a global world. anime is imported, censor-free. no reason games shouldn't be the same.

yet how many of those otaku actually make up a large market of the anime industry? very little.

they are the reason the industry evolved into what it is. streaming is nice, but it's original japanese. yeah there are localized dvds but packaged with the original. no reason nintendo shouldn't do the same.

to @thesuperiorgamer pay no heed he's just trolling you and veering discussion off topic. the anime industry and video game industry are so so so so so different.

The people who play Xenoblade and Fire Emblem are a more mature audience. they should be treated as such.

Maturity doesn't affect that 13 year olds in skimpy clothes isn't acceptable in the US, any argument against that will make you look like a pedo.

looking back at the changes at ALTTP I was beyond surprised. this has been going on for so long. but it's a necessary evil. it won't stop. there are instances to call companies out on certain things, but, many examples, save few, in my view, were fine. they have to make it marketable to the US. bottom line. if that helps it sell, bottom line. as long as it stays true overall to the story.

something that struck me. things have gotten so much better. people just want to focus on the bad than good though. Japan's social structure is VASTLY different than ours. Of course there will be things that would have to be changed. that is a part of localization. And you have no idea how hard it is for those localization guys. They do their absolute hardest, only to be shitted on when half the time these decisions aren't theirs.

you nailed it, both times.

The people who they are censoring things for aren't ever the intended audience. The people who are actually going to buy the products say time and time again they want them in their original form.

@ashlan not taking a position but that may be a small, vocal minority. we have no way of quantifying it.

Back in the day, homosexuality was a crime. it's funny how we're having a craze of people screaming about it now when back in the day it was just a given this is the way things were.

Censorship is strange. I don't see the point in it, but I guess publishers are worried about offending anyone.

it's more about adjusting it to your target audience. there are things socially acceptable in japan that just aren't here.

I think the real problem appears when censorship is exaggerated, changing parts of the story, deteriorating some characters characterization or tearing parts of the game without substituting that for something else (see FE Fates).

Or when it simply fails to hit it's audience, for example #FE. A game about Japanese pop culture, tha ironically, has parts of that said pop culture removed.

everyone's offended about something these days. maybe this is just the next excuse.

Blame it on the esrb... I am glad exists. People should know what they are buying. Every locale has their own rules for acceptability for all media. Deal with it. Publishers have to make decisions based on rules and we have no idea the pressure they face. Lay off hand enjoy the game.

I've been saying this for years.

This is nothing new.
Some of the best games of all time have had content changed/removed during localization ...and it wasn't just Nintendo doing it also.

Square changed the beer drinking game in to soda in Chrono Trigger
Capcom changed the crosses on the tombstones in the Transylvania stage into RIP in Ducktales
Sony changed music that had a Muslim chant in LIttle Big Planet
Sony also changed UnJamma Lammy's stage 6 from her going to hell to her going to an island
Sony also got rid of Tawnya Bandicoot (from Crash 1)because parents thought she was too sexual for a kids game and replaced her with would be sister/sidekick Coco.
Still doesn't bother me because these games are still fun to play. If it isn't a crucial plot element and just cosmetic then it's no biggie.
People are just making a mountain out of a mole hill

They really especially when they get into underage girls in very revealing clothing.

Censorship has always been in games, it's just with modern times you can clearly see when it's happening which makes people comment on it. Hopefully with the push of region free gaming this generation it'll happen less

To be fair, nobody knew it was being censored back then. If people had known things were being censored at the time, I think they would start a ruckus over it like they do now. Who knows, people probably DID have a problem with it back then. But the internet wasn't as popular as it was back then for people to voice their complaints.

Anyway, of course people are going to have more of a problem with it because we now have the ability to spot it out easier. And to be honest, I think it's great we now have these tools and resources to aid us in it, as well as even having the ability to voice our concerns to some of those who are making these decisions. But what is this whole "it's nothing new"?.................... ....... And?........ Many people who wary about today's censorship had known about many of the past censorship cases for some time now. What, should we just become numb to it and roll over because it's "nothing new"? I don't think so.

I've talked on this issue a number of times on this site, so I'll just be repeating some my of key points on the matter:

If we are living in an information era, have a ratings systems & as so long as the content in question isn't breaking any laws, then there is no need for censorship. It's just unnecessary now. It should be that simple. However, it would seem some people still need to be informed on why censorship in gaming now, even if it's just a little, can lead to a much bigger problem in the future. Those claiming people to be making "mountain out of molehills" DO NOT see the bigger picture. Once we start to remove content, features, etc. that is seemingly inconsequential because they THINK it MAY offend someone, or they deem it "unacceptable", it will set a damaging precedent of how certain content is handled when localizing a game . Inevitably, it WILL hit content that is of more significance. We are almost half way there with the example of Tokyo Mirage Sessions #FE, where they've actually withheld a DLC scenario from localization----- because beaches are bad or whatever. First it's a DLC side mission, next it will be main story missions.

Again, the problem is obvious to those who have foresight on this issue. Especially now, when we are also living in the age where people like being "special snowflakes" who want to be offended by everything. If you are willing to have a future where chunks of content is removed, censored, unlocalized, etc. and are still expected to pay full price for it, more power to you. Just stand out of the way of those who actually give a damn, thank you.

'The Legend of Zelda: A Link to the Past': The Quintessential Zelda Game

30 Years Later: 'A Link to the Past' is as Legendary as Ever