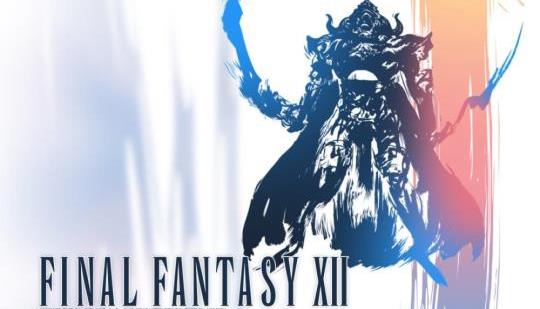 Gamemoir’s Nick D. makes a case for Final Fantasy XII being the pinnacle of the series in this twelfth segment  of a 14 part feature “Every Final Fantasy is the Best Final Fantasy“.

Not a very popular opinion, but I whole heartedly agree. Of all the final fantasy games I played, it is the one I enjoyed the most. I so hope that they still release a HD remaster of FFXII.

I don't think I could go so far as to say it is the best in the series, but I would certainly say it's easily the most underrated.

The story, in particular, is really, REALLY good if you can get past the absence of the extreme melodrama that the franchise is usually known for (and the presence of Vaan in the first ten or so hours). It's funny, because I think the fantasy politics would go over much better nowadays, post-GoT.

If they made the HD version, it's day 1 for me. It's the only FF that I like without the story or character being interesting, just the gameplay being quite deep and fun for experimenting, just right in my alley.

I hope the HD is better than FFX port, and make the weapons more balanced or just use the Zodiac System version of the game.

If we're really lucky they will release it in episodic chunks at a premium price.

It's wouldn't be a remake. A remaster or even PS2 port over to PS4 would suffice.

The Remaster should happen within the next couple years. I don't think it'll sell as well as FFX Remaster though.

I would buy it and can't say I really played XII.

I am currently playing Final Fantasy XII and I really like it. The funny thing is that it feels more like Vagrant Story 2 then Final Fantasy which isn't necessarily a bad thing. Further research revealed to me that it's happening in the same universe as well so my feelings isn't far fetched.

Thats one of the reasons I loved it so much. I was such a huge fan of Vagrant story, and FFXII took it all to the next level for me. The art style and armour of the knights, even the combat was all reminiscent of Vagrant Story.

I personally found the game to be a complete slog and a chore. The game really needed to end 15 hours earlier than it did. The license board was a terrible idea, randomly unlocking new weapons/armor/magic/abilities? Don't get me started on how useless abilities were most of the time.

And the characters? While they were decent, they remained the same from beginning to end, and ended up becoming boring eventually.

Abilities were indeed useless in the English Version but in the International Version, they seriously buffed those up.

I thought Balthier and Fran were awesome and so was Bashe.

I couldn't wait for the game to finally end, so yeah, I skipped almost all of the extra chore content. But you do have a point.

FF XII had one of the best party of characters IMO. No one is a definite main character. While Ashe's faith is what drives the story most, her role isn't more important than Bash's, Fran's, Balthier's or Vaan's. And if you say the characters remain the same I don't believe you've played it to the end; while I understand that many didn't like the Vaan in the game's beginning, he later on becomes more mature and very useful in battle. It's not the standard story of 'We're a group of friends and we're destined to save the world' you find in most JRPGs, it's a group of people who'd never accept one another's ways under different circumstances, but who work together because they have to and grow with each other. It's one of the most believable parties I've seen in JRPGs.

The license board wasn't that random either, most of the licences for one specific group, say spears, were right next to each other so you just needed to follow a line, and of course logic governs that the strongest one would be somewhere on the edge of the board. It's better than a system that, like in X or XIII constantly holds your hand.

You don't believe I beat the game? But I completed it for the first time 2.5 months ago. I actually started the game 2.5 YEARS ago, but it was such a boring game, that I basically played it on and off for those 2.5 years. Since I just recently completed it, the game is still fresh in my mind, no nostalgia to cloud my memories.

The license board was "random enough", wasting your LP on a square and not being sure if it'll benefit you giving you the next upgrade in the series (logic be damned) is a terrible idea. I did play the game for 85 hours though, so eventually I had unlocked tons of the board, and yet most of those squares were completely useless anyway. I couldn't even find most of the high level armors to buy, I guess those could only be found in high-level hunts.

Ranged weapons were so weak that I eventually gave up and turned every character into the exact same build. Everyone had cure, and a shield and the most powerful axe the story progression would let me purchase. Everyone was exactly the same, just for the sake of efficiency.

I didn't like the story, nor the ending, nor the endless level grinding and item farming for gil. Oh, and I absolutely hated forced inverted right analog stick controls! I mean, come on, Square, how ignorant can a developer be? It really made the game annoying to play.

At first I really liked the concept of the game, it was like a single player version of 11, but eventually I grew to greatly dislike 12. I think the only part of the game I liked in the end was the artistic design of the characters and world. Too bad.

The fact that it lacks a main a character is one of the things that really hurt the narrative. Basch was the MC, originally. The suits at SE forced the director to crowbar Vaan in there as sort of a generic MC because, somewhere, they had data that kids liked younger protagonists or something like that. Thats the actual story of what happened with that game. Its one of the reasons why the director split halfway through and they couldn't even get Sakaguchi to play past the opening sequence. Not saying its a bad game cause its not, but it wasn't on the level of previous FFs. Its the one that drove me to finally play the ps1 era, non-voice acted FFs (something I was extremely averse to, at the time) so I guess I should be thankful, cause FFIX is the best one and I would have never known.

I agree with chocoburger, i got really bored with ff12 didnt like the game at all

I wouldn't say your memory of the game is fresh, since you played through the beginning 2.5 YEARS AGO. That's a long time. Yeah, the game put a heavy focus on hunts for valuable items, again I liked this because it raises the difficulty instead of the game holding your hand and giving you everything in shops.

You also don't seem to understand the weapon types. Axes are one of the worst weapons, since the damage they do varies from minimal to maximal and each hit is randomly successful. Ranged weapons, more specifically guns, are one of the best in the game. While equipping, if you look just at the stats it's easy to believe that an axe that gives you 80 damage is better than a gun that gives you 25 damage. However, guns ignore any defense stats of the enemies, which means if an enemies defense stat is 70, your axe will only do 10 damage, while a gun will do 25 damage regardless.

Its my favorite FF game of all time.

Square! I need that Remaster NOW!

Just wanted to see if you were in this thread lol

You know how much i love that game :D

Seriously underrated game. News of a remaster would put a huge smile on my face.

I would love to buy the ps4 remaster. I owned a dreamcast instead of a ps2 (Don't regret it). I never played final fantasy 12 and wouldn't mind playing it now.

Any idiot with a blog...

It was the last good Final Fantasy.

FFVII and FFVI best in series. For me of course. I don't like any FF games after FFX and X2. I hate FFXII and FFXIII.

Everything about this game is amazing except for the super boring story focused on political horsecrap that nobody cares about. That's the one thing that greatly hindered this game's greatness... Oh, and Vaan.

Bash was supposed to be the protagonist of the game. But due to fear of bad reception in Japan for the protagonist being old they shoehorned Vaan into the game and made him the protagonist even though he had no business being there. This is a good example of ageism.

Finally! This game was awesome. It needs a remake so bad.

The game looks pretty damn good on pcsx2 rendered at 1080p, I bought the original but there is a version that includes the job system from the japanese version but with English text and cut scenes. If they do a "remaster" it should be this version.

I could never really get into FFXII. I didn't care for the characters. I didn't like the gameplay. The story didn't hook me. Many reasons.

Definitely one of the biggest, with a huge selection of optional boss fights, loved hunting for zodiacs.

XII is definitely in my top 5 favorite FF games (played every main FF, IV through XIII, and XIII was the only one I didn't finish). XII wasn't my all time favorite but it was definitely up there for me. I even have a FF XII-themed TE stick

On a side note, I can't wait till the next article comes that proclaims FFXIII is the best in the series. That person will catch a lot of hell for it

Xii is one of the only Final Fantasy's I couldn't bring myself to finish. I tried 2x. I lost interest about half way into the game and put it down for a year. I started over and gotr back to the same spot and lost interest again. I think the combat was way too automated, and I just couldn't get into the characters.

Finaly fantasy XII was so amazing, because it wasn't only a story of people, but one of nations, and the forces that turn the gears of civilizations.

and that seamless world to battle screen. not to mention the fact that even now, the world of Ivalice holds wonderfully and looks absolutely gorgeous. The only mina flaw i can point out, is that the score (which in itself is pretty awesome) is among the weakest in the series.

the HD remaster cannot come soon enough for me.

I wouldn't say the best, but it is in my top 5 FF games. I'm waiting for a remastered FFXII for the PS4

Been saying this for years and taking a ton of flak for it. Can't wait till it gets remastered so I can play it on my PS4/PC

29 years on, has Final Fantasy broken the spell of Active Time Battle?

The RetroBeat: My 5 favorite PlayStation 2 games