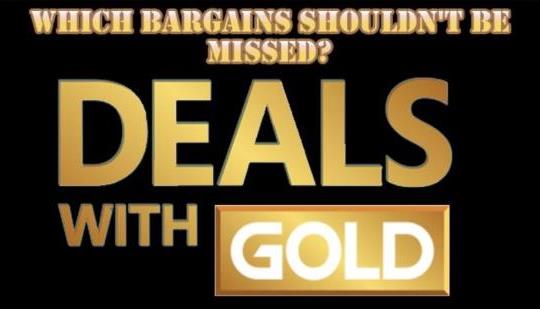 Which of this week’s Xbox Live Deals With Gold bargains should you pick up? – 24th May 2016

Neil writes "Yet again the Xbox Live Deals With Gold sale has brought a number of discounts to both Xbox One and Xbox 360 owners. But which are the best deals that can be found between the 24th-30th May 2016...and which are the god damn worst? We take a look through them all and let you know!"