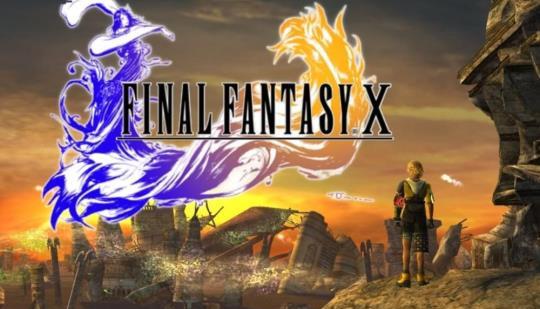 Gamemoir's Nick D. makes a case for Final Fantasy X being the pinnacle of the series in this tenth segment of a 14 part feature.

It's at least one of the best.

Agreed, one of the best.

It's a good final fantasy for sure and a great game in general on top of that. Best Final Fantasy game though? That's a bit of an overstep really.

I agree!! It's certainly my favorite.

I didn't start playing Final Fantasy till PS2 and FFX, and it was the greatest thing ever, it's way better than the garbage they've made since then. I haven't really played FFVII so I can't compare it.

Maybe the Final Fantasy VII remake can become my co-favorite but it has big shoes to fill.

It's been my favorite Final Fantasy game since I played the original back on PS2. I've played and beat them all btw. I was wondering when we would see these article pop up. The game gets a lot hate that I've never understood. With all of the remasters out in the wild, I knew it would only be a matter of time before both new and old FF fans look back and see how good the game really is. It's funny too, I remember the game getting endless praise when it first released on PS2, after some years, It became cool to hate for some odd reason.

For me, it has the best story of the series. Tidus disappearing at the end was too heartbreaking for me. The Suteki Da Ne song still makes me sad.

I'm partial to the SNES FF III (US)

Agreed at both. I love FFX, but I'd have to say FFIV or FFVI are my favorites. Only thing I didn't like about FFX, no airships in real time, other then that, top 5 favorite FF titles, top 10 favorite overall RPG OF ALL TIME!

they all hold a special place in my gaming heart, the music piece "to zanarkand" always gives me the digital feels along with the narration of tidus the first ff game to have voice overs.....I loved it. I feel as strongly towards 7 8 and 9 as well I even named my first born daughter Rinoa tho I had to wait till 2012 for that to happen, luckily my wife is also a final Fantasy fan 😊

Cool way to name your kid lol. Yeah, I just love FF. Was a great series.

I did like X but it is by no means the best. If anything it contributed to the decline of the series IMO. No exploration, everything is linear and on rails. The only thing X did was show that a Final Fantasy game can still be great with voice acting.

Final Fantasy XII(fan favorite) was when I realized that FF has lost it's way. It was the first FF to disappoint me at release. FFXII did grow on me, but I still consider that the major start of the decline in the series.

No, it was streamlined but there was some minor exploration, more than XIII at least which was literally hallways. X had them too but they didn't feel like it at least.

you don't need to shoot him , if he legit thinks 13 is the best he is probably too dumb to survive everyday life anyway just let him use a hair dryer or TV in the bath or something .....its gonna happen sooner or later.

_-EDMIX-_: Really?! I didn't see it as much different from 7 in a lot of ways so I wondered why it was one of the more divisive games in the series. The main complaint I hear regrads Draw but I liked it.

lol FFVIII was the FFXIII when I was a kid lol!

Now looking back at it, FFVIII was a pretty good FF title in hindsight. I rebought it on PSN as to have the faster load times.

In terms of the combat, it was as good as it gets. The ability to swap out characters mid battle withoit being penalized was a godsend because you can't account for random encounters and what kind of battles with what kind of enemies you get into.

It also had a fantastic soundtrack and presentation, but that aside, the story, writing, characters, level design; everything was subpar. I did not care for most of the characters and the acting in particular was all over the place with Wakka being my personal most annoying video game character in history. He was such a grating little prick.

And to add to that, the environments and dungeons were so incredibly linear(with SOME exceptions in SOME dungeons) and basic...FF 13 gets hate for being linear, but FF 10 is just as linear. I don't get it.

Great game, but FF7 has that down for me, childhood nostalgia helps too.

I disagree but it can be debated as the last really good FF.

I think he meant one of the worst in the series that led to the series downfall.

Best FF game is hands down FF VI, then FF IV, then FFIX, then VII.

I personally think IX is the strongest FF title with the best fantasy setting, well written characters, and managing to keep turn based fun and relevant despite coming out at a time where you had a hard time finding an RPG that wasn't piggybacking off a system that had been in use since the 80s. It didn't feel grindy, exploring was fun, and side quests were fun and generally worthwhile.

That said, VI has the strongest story and best villain of the series. It managed to prioritize story in a time where story had to be told through text, and emotion relayed through clusters of somewhat nondescript pixels. It made battles feel impactful, and is a timeless masterpiece of an RPG.

I thought X was pretty okay, but the story was a little jumbled, characters strayed between relatively likeable and annoying far too often, and combat got a little annoying with the rock/paper/scissors shift. It did keep battles a little creative, to give it proper credit. The sphere grid system got a bit grindy at times but did allow for a high degree of character customization, and the side quests were largely boring or frustrating (notably Blitzball and ultimate weapons). I would rate it above most other FF games in terms of creativity and the creation of an overall competent product though, at the least.

I wouldn't even put it in the top 10 Final Fantasy's. It was 90% CGI. Not enough game to actually play. I couldn't stand it.

I tried to play FFX on PS4. Just didn't get into it. The main character voice acting was annoying to me. And that rugby-ish game was horrid.

That sucks, too bad it just didn't click for you. FFX starts slow, but the experience towards the end of the journey is one the best in all of jrpgs.

Personally I liked VII and IX better, and Tactics might tie with X. VIII seemed like a half-baked ripoff of VII, and I never played VI.

Overall I'd say IX ties with VII for current versions, but VII has more room for improvement so VIIR will likely edge IX out. Reasoning is that VII has a real-world bind like no other. The politics are very real with anti-corporatism, ecology, and self-identity.

X was great and I'm hoping they can eventually do X-3 complete with controllable airship and worldmap. Also, I didn't think the remaster of X was very high quality... Still seems very PS2.5-ish.

It's part of a 14 part series, each making a case on why Final Fantasy I-XIV is the best FF.

No, it really isn't.

For me it's a tie between VII and X.

Like me! Is really difficult define the BEST FF ever! Because exist alots of them, from alots of diferent gens.

Awesome! Yeah, each game has something different to offer. It's interesting that so many people have a different favorite game in the series. Glad I'm not the only one who enjoyed VII and X.

Anyways, FFX is largely viewed as one of the best FF games. But saying that it is "the best" is an opinion that has a lot to do with personal taste and experiences. Me personally, FFX, IV, and VIII are my favorites, but a lot of people will disagree with me when I say VIII is amazing.

Everyone will have their favorite, and generally people tend to like their first the most, as long as their first was between 1 and 10.

Another about the laughing scene? That was one of the best parts of X! He was just play-laughing to cheer up Yuna. It was the ultimate sign of endearment- showing that he'd put up any facade to make her happy, and even taught Yuna how to whistle if things turn bad. Hands down my favorite scene in FFX.

That's up there too. I just think the laughing scene is quintessential to the game, the makeout scene, that's personal though ;)

I have to agree with this one.

Final Fantasy X was also the last one that was actually really good.

Final Fantasy X is a great final fantasy game to be honest though I couldn't pick one of the games in this series to be the best because they all have their ups and downs. This is of course based on your own opinions and I'm sure some people will say that one Final Fantasy is the best Final Fantasy and give their reasons but all it really comes down to is if you enjoy putting in countless hours into the entries you enjoy who cares which is the best? This of course is just my opinion and you are entitled to your own.

Remembering the Best JRPGs on the PS2

The Best Selling PlayStation 2 Games of All Time