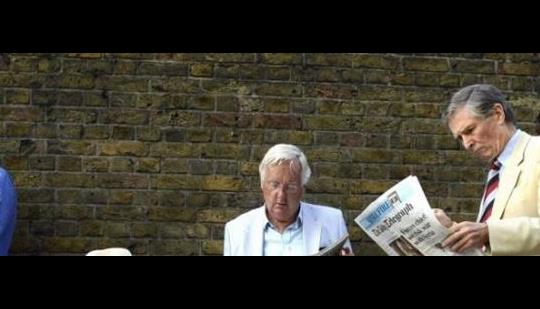 Laim says, "The Division takes place in a world rife with panic, brutality and savage anarchy. New York’s downfall is economically summarised in the live action intro, with uneasy news pundits, raging rioters and a crying baby or two. A pandemic has spread throughout the city, causing people to either slowly die from gross full-body skin lesions or driven them to become paranoid survivalists that live on canned beans. The infection that brought the city to its knees—or at least allowed those who took advantage of the chaos to bring the city to its knees—spread during the Black Friday sales, with the virus being spread via banknotes. Having money as the Trojan Horse also feeds into the Fall of Rome theme—consumerism as a disease and the rich eating themselves. This is all very thoughtful and richly thematic stuff.
It’s also a pack of lies."

Haha so true...the British truly are world masters in cueing. So polite :)

New Games with Gold for September 2020

Do You Have a Gaming Relationship?