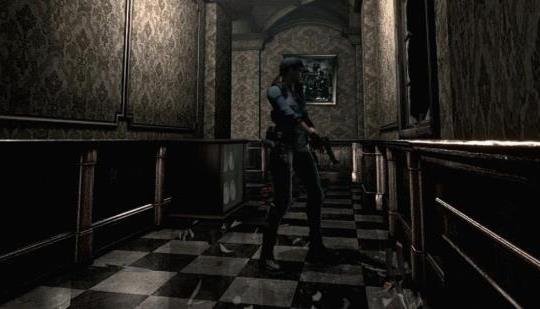 The Resident Evil series will be celebrating its twentieth birthday in a few months.

Twenty years. They grow up so quickly don’t they? It’s just a shame that they all can’t grow up to what we always want them to be and in Resident Evil’s case, that turned out to be a rather misbehaving child.

1996. It seems an absolute eternity ago when Resident Evil was first released by Capcom on the original PlayStation platform and every single one of us has distinct memories from that game. The eerie mansion, the first sight of that zombie with the intense cut-scene and the very clever plot which was forever unfolding. It defined the survival horror genre. Not only did it give gamers across the globe genuine frights, things only got better and more frightening, when nearly two years later Capcom brought us Resident Evil 2. Some argue (and I too agree) this was by far the best game of the entire series. There was some genuine thought as far as the story was concerned with this release and without spoiling the story for those who haven’t played it (yes, there are still some people out there!) the plot twists and gripping narrative certainly made this game one to remember. But again, it left us with memorable scenes and characters, such as the Police station, the laboratory and people like Ada.

Great read and completely agree on the "guinea pig" scenario for Umbrella Corps and Resident Evil. They could have used that manpower to put something more akin to the genre, preferably Lost Planet, but Capcom is hoping the title will sell by name alone.

When I first heard of Umbrella Corps, I thought it was a game focusing on one of the series most underrated characters, Hunk. A true survival horror starring him is long overdue......

The game is called Umbrella Corps, its set in the Resident Evil world but its just a spinoff title so there is no problem in that.

Although i kinda wished they would just do Outbreak File 3.

Make it 16 scenarios. Add more awesome characters and you are set. The Outbreak series is so underrated. They are some of the best Resident Evil games i have played and it was the one that introduced that Walk and Shoot mechanics to the series.

Resident Evil Outbreak.............such great times. I even rigged my computer so I can play the game online after fans made unofficial servers for it. I still have no idea why Capcom hasn't created a File #3 because it's only failure was that it was ahead of the curb.

RE7 better be good. After replaying RE HD and RE0 HD, I confirmed what I thought all along, I don't like the newer RE games. With Resident Evil 5 though, they made one of the greatest games ever made IMO. But not the main story that was trash, The Mercenaries in that game kept me hooked for nearly 6 years.
Then with RE6, the story became a quick time event simulator, and they just butchered The Mercenaries in that game. Ripped out all the stages for DLC, and put in that stupid counter system. Made it so that you have to keep bosses alive to get high scores. RE5 Mercenaries was all about speed, how good you were at killing as fast as possible and how good of a game you had determined the score. With RE6 you're at the mercy of the counter system and it's f***** boring.

I liked Revelations 2 though. I think it was a massive step in the right direction. Not perfect by any means not even close, certainly can't compare directly to the big AAA games, but I had some fun with it.

Resident Evil 5 Mercenaries was truly one of the best Co-op and MP experience last gen.

I had so much fun with that. I really hope Capcom leaves the Action for Mercenaries and the Horror for Single Player campaign in Resident Evil 7.

And that way, you get the best of both worlds.

The Best Horror Games the Xbox One Has to Offer