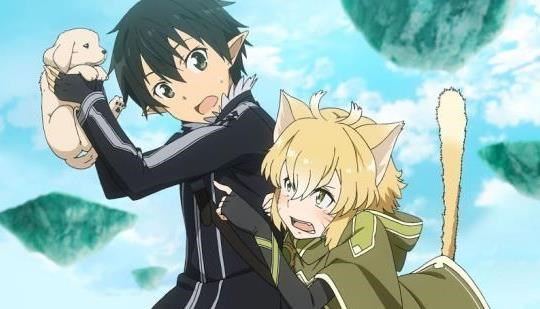 Matt Ferguson of [email protected] is a sucker for licensed anime video games, regardless of their technical flaws. His feature takes a look at why even mediocre anime games are often still endlessly entertainingly for fans of the original media.

This is actually true...

The game use to be slaughtered by the media with ratings such as 3/10 lol..

For me it was that Bleach game. Not that I can say I actually had that much fun with it...but for some reason I kept going and actually liked it.

same goes for any game really. i remember toe jam and earl on the original xbox got horrible reviews but i grew up with that game on the sega genesis and loved both games.

It's the waifus, obviously.

Too much Waifu will ruin your Laifu.

Tales games don't usually get amazing scores, but I love them as I would a triple A game! :)

small print
*by flawed we mean broken. By golden, we mean how much we think we think we can line our pockets by giving it a perfect score.

Maybe people don't always look for every little flaw like reviewers do. It's also possible that the enjoyment one gets from playing a game outweighs those flaws, and for fans of a game or IP, anime or not, the idea of being able to have a new experience with that counter-acts the negative aspects of it.

However, if an anime game is complete trash, the anime fan is just as likely to complain about it as the gamer. Probably more so really because they can be pretty passionate about their anime. Some anime forums are quite scary when a bad game crops up. That being said, most anime games that make it westward are generally pretty solid. Probably have a lower percentage of technically flawed games than most western produced AAA games nowadays.

I dont know can I count in these games, but I love them

A Look Back at Artdink's Games for PlayStation Vita

Sword Art Online Re: Hollow Fragment for PC Releasing This Month on Steam