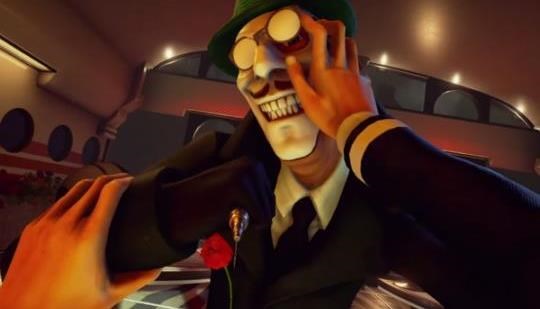 Microsoft has admitted its mistakes and turned around on its anti-indie policy. Since Microsoft launched its Independent Developers @ Xbox program, offering indies free development kits that let them integrate their games with all the XBO’s features, the console has actually started shaping up to be a worthy competitor to the PS4.

Things have changed quickly in the last year, and the Xbox One indie lineup features games that’ll have PS4 gamers turning greener than the Xbox logo with envy. Yes, the Xbox One indie scene is on the up, giving gamers a lot to look forward to over the coming months.

Below Cuphead Inside SuperHot We Happy Few Xbox One whatculture.com
Read Full Story >>

Cuphead and We Happy Few look so good.

I thought We Happy Few is coming to the PS4 too. Just coming first to the XboxOne.

That said it does look great. And Cuphead will be instabuy for me. The game looks so damn good and so devilishly cute :)

Well, i'm enjoy indie games very much from my PS4. Cuphead is very interesting game to be honest.

You're correct. I came here to say just what you said about We Happy Few.

after seeing the list passing that damn malware screen lol, is Cuphead that took my attention.

i must admit,i am jealous AF at Below and Cuphead.

Haha, i love being an idort. i wont miss out on any exclusives on both consoles since i own a PS4 and Xbox One. Im gonna get a Wii U soon too.

Why does everything have to be about making the other side jealous? I hate the current attitude of gaming journalism

Cuphead director on why the game doesn't have health bars