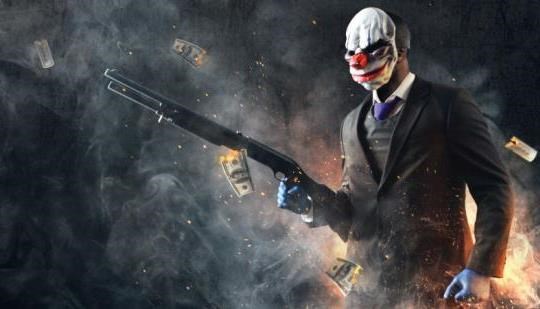 For years, Payday 2’s developers insisted the game wouldn’t have microtransactions. That changed last week, and the community flipped out. The outrage got them to slightly change the way it works. But most importantly, the way they handled criticism—ignoring it–only stoked the flames.

Adhttps://www.youtube.com/watch?v=EjfojxXOobE&t=463s
- Comments (5)+ Comments (5)
TopNewestOldest
The story is too old to be commented.

I dont usually like Kotaku but this article was really damn good and pointed out many flaws in the gaming industry.

Anyway back to the Payday 2 topic: The developers lied and i think people should learn by now not to trust what they say. I am pretty sure microtransactions will creep its way to Battlefront one way or another.

Either Emotes or Weapon Skins will be sold as microtransactions.

the biggest sin to dlc is making it a requirement. you cannot unload dlc into a game that locks out other players unless they buy it. if they add new maps and stuff like that it's different because everyone who pays will be able to access it and those who don't won't even know it exists and never was part of the original game.

you also cannot add weapons that inbalance the whole system. why offer more powerful weapons through dlc that will make it unfair unless you buy it?

there is good dlc and bad dlc, this is very bad.

Anyone curious about learning more go to
Paydaytheheist/reddit. Supposedly this is just the beginning of the game going free to play in the near future. Pretty crazy what overkill has done. Their rating on steam went from 94 all the way down to 79 in less than a week last I checked.

What's funny is how a year ago people constantly praised Overkill, and even put them on the same level as ND or R*. Now they make one mistake and everyone hates them. This should be a lesson to young devs. What's that lesson? Well it's...DON'T P*** OFF AND LIE TO YOUR FANS!!! It's deep, I know.

If it does go free to play, as it is suited for, then this would be fine. But doing it early is obviously a cash grab from the most dedicated fanbase.

Now to play devil's advocate. Even if they had waited until they went f2p, MANY will still drop money for these, and these ppl will be the most dedicated players. It's how it works for f2p games.

DCUO is a great example. It's a great game, but it almost forces you to sub, and then throws microtransactions at you, many of which feel like a requirement b/c so many players buy them, b/c it gives an upperhand.

I read somewhere that Google play makes 98% of its money from microtransactions. It is the most profitable business model, and allows many games to exist.

It will most likely allow Overkill to continue making content for Payday. But that's the million dollar question. How many of these games are raking in millions, and how many are barely making enough to keep making content? Who knows.