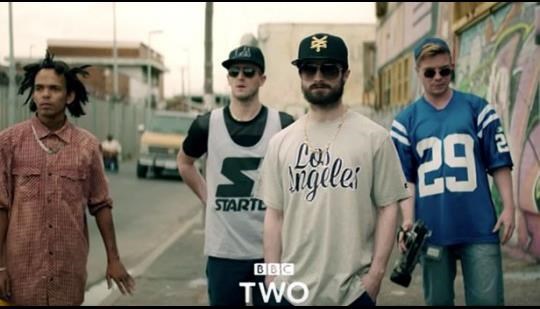 Fancy a laugh? The BBC's 'factual drama' about GTA is online now

Dealspwn: The BBC recently aired a film of theirs called The Gamechangers. This 'factual drama' aimed to tell the story about Grand Theft Auto and the controversy surrounding the series around the release of San Andreas. Daniel Radcliffe starred as one of the game's creators, Sam Houser, and Bill Paxton played the infamous Jack Thompson, the lawyer hellbent on suing Rockstar and destroying the game.

Adhttps://www.youtube.com/watch?v=IJUbGKExS0A
- Comments (15)+ Comments (15)
TopNewestOldest
The story is too old to be commented.

Why do I get the feeling this is filmed in england with mostly english actors... Despite the fact that the game is scottish, typical bbc.

Haha tell me about it

Houser is English, at least learn about what you're trying to sound smart about.

Oh would you look at that..
Creator of the grand theft auto series david jones and oh what do you know he is scottish.

Yes and he isnt even the creator of gta you fanny...

I am watching it right now. Not bad, i am just here for Daniel Radcliffe though.

I don't understand how they got Harry Potter to do this movie.

Possibly blackmail ? Or bad taste , despites showing some taste , initially with stuff like "A Young Doctor's Notebook" when it comes to tv ?

GTA 6 Has a Lot Going Against It

Out There: Oceans of Time Review | TechRaptor