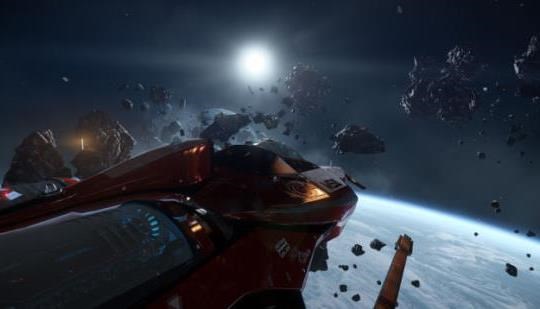 Why Star Citizen is taking so long

Chris Roberts, the head of Cloud Imperium, talks to Kotaku's Nathan Grayson about why the game is taking so much longer to complete than anticipated. Former employees of the company claim it's because of Roberts' overly lofty ambitions, but Roberts maintains it just comes down to the demands players keep making for more and more features.

It's called milking it... why release the game when people keep throwing millions at it.

Same reason we haven't seen Detox. Game will never live up to the hype. Oh and you aren't wrong about the money thing either.

Not really. Star Citizen started near the ending of 2012 after it got crowd funded in terms of stronger development push.

Thats barely 3 years, consider Destiny was worked on for 6 years on a ground up engine. They are using CryEngine 3 and making it useful for their needs, they even half part of the team that built the cryengine working with them.

Now consider they got all of what they've gotten done in as little as 3 years and their scope is larger then any game conceived on PC as of yet.

Taking so long? You mean how is is shaping up as fast as it is? I mean...do we not all remember when it was first shown at GDC in 2012 and we are as of this year seeing lots of those concepts coming to life? That is quite fast if you again factor just what Star Citizen is and just how short of a time we've actually known of it.

if 3 years is "taking so long" what is a faster development of a open world MMO in space? I mean...does any one really have an example of some game that took 1.5 years to make? lol, really, really understand exactly what is being done and how much it actually cost and takes to create such a game.

I'm fine with a 2016 release from this team, its something unlike any other game to date. Mind you, many 2016 titles have been in development for longer then Star Citizen.

Horizon Zero Dawn has been in development longer then Star Citizen.

When Destiny was released, it was in development longer then Star Citizen is now by 2x.

So when folks keep whining over Star Citizen's development...understand that Bungie and Guerrilla games got publisher backing, they can work in secret as they have funding.

I mean...what is really "taking so long" when you factor exactly what it actually is? They must crowd fund, gamers merely heard of Star Citizen first....doesn't mean it was in development longer, you merely know of it longer.

As we speak...many big developers have been making games in silence for likely years and years and we clearly don't know about it. Its merely about perspective. For what Star Citizen is and what I saw at Gamescom...they can take their time, its amazing and greatly appreciated.

Genre and generation defining concepts are worth the wait.

It's called developing a game.

I don't know why it's so hard to understand. Ofcourse it's going to take years and years to make. Why do you expect anything else ? There isn't even a debate here, it's just common sense and logic.

EDMIX said it perfectly. The only people who give Star Citizen crap for 'taking too long' are people who have no idea about how long it takes to develop a game.

I don't have any problem believing the story about the features. As a software developer, I know all too well that constantly adding new features ends up taking much longer than anticipated. Less experienced devs will often take on new features on their client's demands. It's better to draw a line to know when the product is finished or it can go on forever. And forever is not an exaggeration. A lot of teams never get out of this cycle.

That said, it seems to be an advantage for this particular team and many others who deal in early access games since people are throwing so much money at them xD

Still have to say! don't know why they have done the whole FPS mod, never wanted it and will probably never play it.

Why is it taking so long ? Sorry, but it's been less than 3 years in development. That's not long. A huge AAA game, an MMO, with a single player campaign to boot.

3 years of starting a huge company, contracting external studios, starting studios around the world. Reworking Cryengine significantly on the tech side. It was only in 2014 that CIG moved office to a much bigger place. It was only recently, in 2015, that they set up a studio in Frankfurt Germany. It's been 3 years of slowly starting from scratch, acquiring funding, evaluating stretch goals, changing the scope of the game. The stretch goals stopped at $65 million.

It's not taking long at all, it's taking as much time as any sensible person would expect it to take.

As to why it was promised in 2014 - the game promised then was simply much, much smaller.

From the article -
"But as things went on and the stretch goals kept getting hit, people were basically saying, ‘We want this feature’ and ‘we want that feature.’ So obviously, the scope changed. It naturally follows that if you’re gonna build a house and then someone says, ‘No, we want you to build a huge castle,’ even if you have a lot more money, it’s gonna take more time to build the castle.”

They keep releasing limited edition ships for ungodly amounts of money and addicts keep buying them. They should quit with the stretch goals and focus on the core experience. I have lost interest in the game until they release something substantial. I refuse to give them any more money until they can deliver something worth the money they've already received. More features should be considered later after they've delivered something.

No more features are being considered. They have the full scope of the game that they are trying to make. Obviously it's going to take more than 2.5 years. People don't seem to get that

I just think there's a lot of people on the outside looking in that don't really understand the process of developing a game like this. And when they see that 80 something million dollar tag on it, they wonder where the game is several years later. Most, good, open world type games take 3 to 4 years to develop. But you're not just talking about an open world game with Star Citizen, you're talking about a space sim, open world, MMO, on top of a single player campaign. It's like Elite: Dangerous plus GTAV plus Witcher 3 all in one. People just don't understand the vast scope of it.

And this is coming from someone who isn't a backer. I haven't dropped one penny into the backer pool, but I understand that this game takes time to develop, so I'm not gonna sit here and bash on it or criticize it for not being released by now. That just wouldn't make sense to me. That's like me being mad that Red Dead Redemption 2 isn't out yet.

Don't mind waiting at all. They are creating something big, and are going to pull it off. They have the money, they have the talent, they have the conceptualizations of what they need to create.

It's just going to take time like any game would.

You know with the boarding ships battles that will be possible, someone, somewhere will create a mod from the beginning of Star Wars when the Empire boards Princess Leia's ship.

Agree 2Disagree 0
▼✖-+
SPAMInappropriate
Show all comments (20)
The story is too old to be commented.
50°