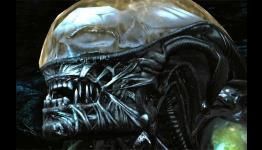 Gearbox CEO Randy Pitchford defends recent tweets against Gearbox's Aliens game. Proclaiming that he spent 10 million dollars of his own money. Joseph, from Poli Games, shares his thoughts on the incident

Boy he's been doing a lot of "defending" lately, lol

so... people do that here (N4G) every minute, even about the most menial things possible, but he's actually defending something he invested 10 million in, I'd hardly call that bad or pointless.

If you have to defend your work then there's something wrong. A good game would defend itself.

Edit: On a side note, this guy should just get over it already.

Dunno...people and the media can often make a mountain out of a molehill.

Not that the devs or publishers should go into defense mode over it, but there are times when they should clarify the issue so the aforementioned parties could at least make those mountains out of rocks instead of copies of the A:CM game.

I agree with your side note though. Probably best to never mention the game again. It would serve everyone better to not be reminded of that disaster.

So he invested ten million dollars of his own cash?
I wonder how much he embezzled from Sega before that?
We can play this game of Mr Pitchford's if that's what he wants, but it won't end well for him.

Does that mean it's finally gonna get released on the wii u?!?!

Come on now, why would anyone wish that on another living being?

I think we've all had enough bad Wii U news lately, so let's hope he won't...XD

There are rumors that Gearbox might try porting Borderlands to the NX, though.
Which would be a waste, if it's just the older ones that I already own on PS3...

I'm kinda tempted to go play the first one again now, though.

Oh wow, where'd you hear that? That's exciting! I have the second one with all of its dlc and love it, but I would love to play it on the NX...as long as the three are ported AND the next one gets released on the console as well. Fingers crossed that the thing gets marketed well

Wow he's really milking the douchebag image .. you'd think he'd want people to forgot the game asap and focus on buying his bordelands and other stuff instead

Randy... Don't go down this road, you made a bad game, accept it and move on, don't throw gasoline on these embers...

I wouldn't play it if it was given to me for free. I could spend that time on a game i would enjoy.

Got the collectors edition for $12 on Amazon during some sale. Never cared to play the game(although I did at a friends house), but the statue is cool enough I guess...although not as impressive as in the pictures.

There is no defense for this game. How are these idiots still in business after that mess? I figured Sega would sue them after stealing their money.

Lets see how he defends this.

He's like someone who got caught on video murdering someone and still tries to deny it. We all seen it, we all know it, we know what his crime is, but he still plays the victim card.

I don't know for him, but I would be upset about the quality of the game after investing 10 million on it.

Agree 0Disagree 0
▼✖-+
SPAMInappropriate
Show all comments (19)
The story is too old to be commented.
70°