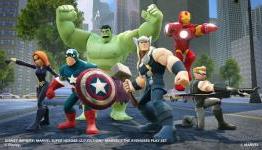 VRFocus - If there’s one creative company that virtual reality (VR) fans would love to see get involved in the technology it surely must be Disney. Not only does the historic House of Mouse already have its own line-up of colourful characters that could come to life with the help of the likes of the Oculus Rift head-mounted display (HMD) and more, but it is in possession of studios such as Pixar and franchises such as Star Wars and Marvel that would make for dream adaptions. Reports spinning out of E3 2015 this week suggest the company could finally be looking at VR.

That would definitely work in VR.

Is Disney Infinity Coming To The PS5 & Xbox Series X?