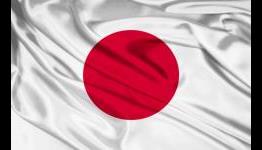 Like every week, the major Japanese retailer Tsutaya was the first to release sales charts for the local market, and this time around they’re quite interesting, as they give the first glimpse on the debut performance of the Wii U exclusive Splatoon.

Vita has really turned around since launch in Japan. If only we'd get more of those japanese games...

Also, i think a lot of people will be eating crow when the Splatoon numbers are out. Like i said, it's a total sleeper hit.

the game its brilliant (Splatoon) ..just proves that Nintendo's dev teams havent lost their edge and need to be occupied with new IPs also except with the already stuffed Mario and Zelda

Funny thing, the vita is finally getting the success it deserves the moment that Sony decided to do less AAA games for it. It is so strange.

The release of the ps4 probably helped a lot, i think

By now, I don't think anyone is surprise that any Japanese game failed to appear on XB1 japanese chart. There is no need to put that in the title, Abrial. We all know the xb1 is insignificant in Japan and there is no Need to rub it in in these sensational headlines. Have mercy please!

Glad a Wii U title did good on the chart. Nintendo is always a symbol of Japanese culture in videogame for me.

What we need from Nintendo now is;

Quite frankly, it will really only encourage Nintendo to try more things, but in the style of the kind of games it likes to make. Notice Splatoon while being a shooter is not a conventional, gritty ,realistic shooter. It's the opposite: Cartoony and bloodless.

Nintendo generally diversifies its software when it occasionally publishes third party developed titles such as Eternal Darkness, Bayonetta 2, Devil's Third The Last Story and so on. These are few in number and for the most part, have generally lacked mainstream appeal.Nintendo's EAD teams are not well known for making story-driven games in general let alone Realistic racing games (not anymore anyway). They could revive something like Wave Racer, but it's easier to sell something that is more marketable such as a spin-off like Mario Golf or Mario & Sonic Olympics. People who primarily buy sports games aren't going to be buying a Nintendo home console for them after all, and the target demographic for games like Mario Sports is naturally a younger audience compared to say, Madden.

Then been renewing Eternal Darkness IP for awhile now.

Nice, very nice. And Splatoon's probably destined to be a franchise before we know it too. It's tons of fun.

What else are they going to play, nintendo is the only company making games for the wii u and thats the way they want it, Splatoon's the only new game that has came out on wii u retail wise in months, so im not shocked at all that its selling decently.

In a month.....XBX just released in Japan at the end of April.

The point is people said the game wouldn't sell because it wasn't Mario or Zelda.

This is great news hopefully it will push Nintendo continue making other types of games.

I didn't see any numbers, so how do we know how well it sold? Also, isn't this just for one week?

@spotie
If Splatoon released on Friday and this is an 'end of the week' sales report, so this is just for 2 days - Not a whole week.

Uh ... Kirby & the Rainbow Curse came out in Japan in January, then Mario vs. DK and Mario Party 10 in March. After that, Xenoblade X arrived in April and Splatoon obviously came out just a few days ago. July has Yoshi's Wooly World scheduled for release.

Anyway, as far as the Japanese Splatoon launch releases goes, I think the game only sold well because Japanese retailers likely requested low shipments for it. We saw the same thing happen with Xenoblade X yet the game only ended up selling 105k copies in its first 4 weeks of release. Not exactly what I'd call a success.The game also placed much lower on Famitsu' most wanted games chart than Xenoblade X did by the way and X only sold around 80+ copies during its first week sales.

Amazon has the physical and Download code placed first and second on their bestsellers list. Splatoon reportedly did 150K day one in Japan. Dont be so bitter. Also 105K is 5% of the install base the exact same ratio as bloodborne world wide so... I guess that was a failure too.

oh we got an order Nintendo.

Almost everytime I look at a chart like this from japan there is always some hatsune miku or vocaloid game in the list. Whats the deal with those games?

Rhythm based games are very popular in Japan, and have been for a while.

Those games are actually quite fun. I was skeptical on trying them at first like most people due to it being too Japanesey, but when PSN had Hatsune Miku on sale I took the dive and I found the game to be really fun and addicting. It's an esp. fun game on PS Vita.

Yep, I want more massive non-Zelda RPGs, like Xenoblade, but another IP, so they have 3 biggies.

I need a true Nintendo action-adventure the likes of Uncharted and Tomb Raider, but with all the Nintendo flair and graphics and design.

And I definitely want many more crossovers.

well japan cant save a console just like it cant doom one either. I went to best today to pre order tomb raider and saw wiiu splatoon bundles,no idea the game came out and follow game sites regularly and even less of idea it was offered as a bundle and of course the shelf was at maximum capacity. Nintendo needs to slash the price of the wiiu like seriously wtf are they thinking at this point? It's dead, slash it to $199 throw in a free mario and wiisports game. With that it can maybe start outselling the 360 atleast.

Satoru Iwata said that Nintendo didn't have any plans to do a price drop for Wii U anytime before March 2015 despite acknowledging a price of $250-200 would likely boost hardware sales. He had hoped that Wii U could achieve a certain level of satisfactory sales volume and have specific titles such as Mario Kart 8 and Smash Bros serve as system-seller titles in 2014. At E3 2014 in June, Iwata wanted to try doing a better job of communicating the value of the Wii U GamePad to consumers through new software. Well, it hasn't really worked out. Nintendo is currently set on wanting to target high profitability, but if it does a Wii U price cut, it appears like it isn't confident it can achieve that profit goal, at least not if 3DS can pick up the slack, but the new 3DS model needs more specific software to encourage consumers to buy it and so far, there is nothing new announced and probably won't be until the holiday season at this point now that Nintendo's revealed Japan's summer software schedule.

Nintendo's tried releasing new console bundles, but they clearly haven't been effective enough. Splatoon is the newest one out and its still $300. I doubt Nintendo will announce a price cut at E3 because if it does, it would undermine the Splatoon console bundle that will have been out for less than a month. Nintendo would only do something like that if it's finally going to panic mode as some people like to call it. Also, there isn't any major games coming out in North America in June or July (based on what we know so far), but if there is going to be a price cut, it will likely be planned for September to time it with the upcoming release of Mario Maker.