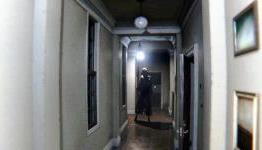 These Games Would Make Project Morpheus a Revelation

With such an ambitious piece of hardware, it only needs the software to make it worthwhile. Here are some examples of games we’d love to experience in full VR greatness.

I agree with this list. Mostly with P.T/Silent Hills

Morpheus pretty much works with any First Person game;

I don't care for baseball, but I had fun in the Home Run Derby with the Move controller on the Show. My co-workers and I would take turns swinging at the PS3 Kiosk at the Gstop I used to work at.

First Person Sports would be awesome, being the QB of your favorite team?

Being the striker in FIFA!

Alien isolation in VR would be amazing

EuroTruck Sim blew me away with Oculus but I think playing P.T. in VR could scare me so much my arse would prolapse.

I imagine a lot of people freaking out, throwing their Morpheus' off their heads.

PT would leave me a coma

PT, while amazing, would lead to a lot of heart attacks. Seriously, that game (trailer actually lol) is properly scary!!😬😅 👀

I have a friend who has some kind of VR headset, its not oculus, but some other version that hooks up with HDMI.

Well anyway, he played PT with this headset and broke the headset strap and his glasses ripping it off his head. He's not a guy who gets startled easily, there's just something about these VR sets now that trick your brain into thinking its real.

I am not sure if I would be brave enough to play the new Silent Hills with Morpheus.

PT in VR might send you to the hospital. But yeah it would be a unique experience. In fact i have a gut feeling PT IS a morpheus game.