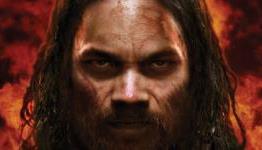 SelectButton: "Total War: Attila is a fantastic game and a must-have for fans of the franchise. The army management and battlefields are still the best piece, but I felt like the clan and empire management aspect has dragged the gameplay down a little compared to earlier titles. A major bonus is the cooperative gameplay has seemingly been fixed. I'm still working on verifying this fully, but previous titles since Shogun 2 has a desynchronization issue with cooperative campaigns, but it seems to have been fixed between Rome II and Attila."

Adhttps://www.releases.com/?utm_source=n4g&utm_medium=native&utm_campaign=c1
- Comments (0)+ Comments (0)
TopNewestOldest
The story is too old to be commented.
60°1

Every Total War Game Ranked From Worst to Best

Total War: Rise of Mordor to Rebrand After being Removed from ModDB due to copyright claim

10 Historically Accurate Video Games That Can Serve as Educational Tools

Total War Battle Guide For Beginners Part One: The Basics