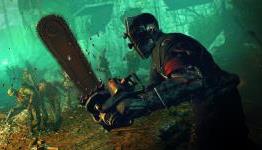 Xbox One UK know that Rebellion Developments is best known for their shooter series Sniper Elite, which has been successful enough to receive two zombie-themed Games (released exclusively for the PC ) and now the spin-off is getting its own title in Zombie Army Trilogy.

Kingdom Hearts is the Alpha of IP Crossovers