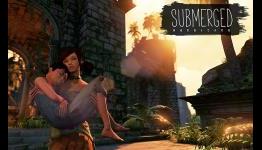 10 Xbox One Indie Games We Can't Wait to Play

Jamaal Ryan writes: "Last December, Sony smartly debuted its first PSX, a PlayStation-only event that saw announcements for a slew of new titles for their consoles, many of which were indie. This past week, while Microsoft couldn’t deliver an isolated event for all things Xbox, they did announce a hefty indie line-up, diversifying their catalogue far beyond what many expected. We’ve heard that heavy hitters such as SMITE, Shovel Knight, Wasteland 2, Elite Dangerous, and of course Goat Simulator are coming to Xbox One, but here’s a list of some of the lesser known – but just as interesting – [email protected] games showcased at this year’s GDC and PAX East."

Wow I haven't even heard of Fortified. That game reminds me of Toy Soldiers another small, independent game that was on Xbox 360 and was successful and supported by it's fans.

Beyond Eyes and of course Game 4 look very interesting.

Also kinda reminds me of The Outfit

'The Long Dark' didn't get mentioned at all... or 'Below', or 'Lifeless Planet'.

Indie or not, those are three of my most anticipated titles... and if Microsoft can get 'Firewatch' I'll be very happy.

The Long Dark is an exclusive PC game. Lifeless Planet should of been released on Xbox one. Don't know what's the hold up....

Beyond Eyes Is Going To Be Delisted Soon