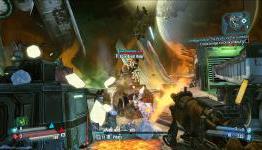 Good, I would much rather they learn everything they can from the Handsome Collection before moving on.

Did you play the Pre-sequel game? Is that good? Still thinking to buy it...

I never played it so have the same question.

I actually really enjoyed it, though I wish I'd waited for the PS4 version. All I could think about through the game was how chuggy it was after getting a taste of what it could of looked like with the Tales From the Borderlands series.

All told, the game is actually a really good entry in the series, and gives some additional context for Handsome Jack's slide into megalomania. He's still the best character in the series, and now I kind of wish we had him in the first game. :)

gearbox as a long time loyal fan it hurts me to not have the original borderlands in this collection, since to me and many others that's the best one and with the best DLC

10 Best PS5 Split-Screen Games To Play With A Friend