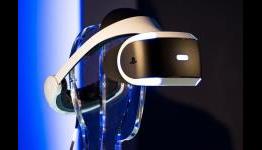 Sony’s Project Morpheus virtual reality headset has been in the works for a while, and whilst the original prototype looked very impressive when compared to offerings from Oculus VR (which were literally taped together), at the Game Developers Conference 2015, Sony unveiled the next iteration of the headset which looks and sounds even more impressive. There have also been some subtle changes to the design when you compare the old headset to the new one. So what’s changed?

In case you guys didn't want to read the article, all it is is comparing it's appearance. This article has nothing to do with specs.

They also say the screen seems slightly smaller but I believe it's actually a bigger and better screen. Hopefully PM will have a lot of games in the works for E3.