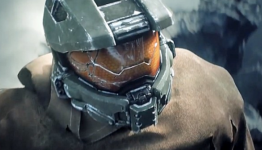 Adhttps://store.steampowered.com/app/1488200/Symphony_of_War_The_Nephilim_Saga/?utm_source=n4g&utm_medium=native&utm_campaign=sow_n4g_native&utm_content=png
- Comments (17)+ Comments (17)
TopNewestOldest
The story is too old to be commented.

How I can't wait to see the final game. Nov is going to be awesome.

Pre-ordered and ready to go!! So pumped!

Halo 5 might come out in August actually, and here's why:

Before Halo 4 released, MS announced an art book that they said would release on November the 6th. Halo 4 came out on that day too. Now they have announced an art book for Halo 5 that is releasing in August. And seeing how packed fall is going to be, with games like Star Wars Battlefront, Creed, The Division, COD, Just Cause 3 probably, Quantum Break, Rise of the Tomb Raider, and Uncharted 4, it does makes alot of sense for MS to release Halo 5 in August.

Something normal. The beta was running at 720p...

Betas never represent the final product. I'm sure the game will be 1080P 60FPS in the end.

I don't think they will hit 1080p 60FPS with the game. I think that is reaching a bit

The beta had trouble running at a locked 60FPS at 720p, obviously there will be optimizations for launch, but if 343 wants to up the visuals and lock the game to 60FPS across the board, then it's more likely going to be 900p, with a little extra visual sparkle and that could have some dips at 60FPS.

Going from 1280x720 to 1920X1080 is a 2.25X pixel increase, running from around the 45FPS like the Beta does, getting that to a locked 60FPS, basically means around a 2.5X improvement in performance, with the level of graphics that we've seen.

Given that going from late alpha to a gold release can sometimes yield an improvement of 2X performance maybe the game goes to 900p, 60FPS locked with the level of graphics seen in the beta, possibly with bigger multiplayer maps and a slightly increase player count, but I'd expect dips when the action starts to heat up, especially with vehicles and if they want to add destructible things in.

If 343 wants the game to look stunning, have all the 8th gen features and a locked 60FPS, plus a good player count and bigger maps, then it'll probably stay at 720p.

Are you guys devs now? Do you work at 343i? How do you know the improvements 343i have implemented since the beta?You automatically believe 720p will be the target based on the beta? Lol. what makes you think they can't achieve 1080p?343i are a very talented bunch,see what they were able to do with halo4 (on an aging console) and pls the beta wasn't 45fps. stop spreading misinformation..

I highly doubt the game will be 1080p /60FPS, I think 900p will be the final resolution and I ok with that as long as the game look good.

While I agree that H4 look incredible, specially on MCC at 60fps, the game doesn't have the big open battles and scale H2 and H3 had, that's why the were able to get those visuals from the X360. Im pretty sure H5 will look great just not at 1080p, hopefully I'm wrong.

@christocolus: Digital Foundry said in their tech analysis of the H5 Beta that the game drops to 45FPS, that's running at 720p.

343 released Halo 4 7 years after the 360 launched, Halo 5 will be releasing about 2 years after XB1's launch, maybe a little less depending on when it comes out.

The reality is that if you expect to see a locked 60FPS and a big visual boost over what we've already seen you won't see the game running at 1080p, it's impossible, no matter how talented 343 are.

Given how early we are into the generation API aren't very mature yet and game engines have still got a ways to go before we truly see what a console can do.

Best case scenario the game runs at 900p, with a slight improvement over the visuals we've seen in the beta, but if 343 starts wanting to add more action elements, like bigger teams, a load of vehicles, bigger maps something will have to give.

If 343 had just basically taken Halo 4's level of visuals, pushed the game to 1080p, 60FPS would be a given, with some extra gameplay stuff.

I'm not spreading any misinformation, I'm just being a realist!

Is it possible for them to have singleplayer locked at 30 fps with amazing graphics, while keeping Multi at 60 fps because 30 fps isnt bad for a singleplayer mode.

Better gameplay? i thought the beta was the best halo i have ever played, i hope they dont change it much it was literally perfect!

Check out the run-down of the changes that are being made. They were discussed in a post by 343’s Executive Producer, Josh Holmes.

tl;dr: They're fixing practically everything that fans are telling them to fix. They have already sent out three incredibly thorough surveys to players who spent over X hours playing the beta to get feedback on both H5:G and H:TMCC.

Don't ask what was in the surveys though, as they're all covered by a NDA.

That link is incredibly helpful. Thank you.

Q3? Makes September more likely as a release month which is great news.

stop arguing about fps and resolutions because at 2015 SNAKE,MASTER CHIEF,LINK AND NATHAN DRAKE hitting our homes a AAA year exlusives to consoles nice

Halo 5: Guardians PC Port Is "Not in the Cards" Now, but the Developer Is Aware of the Demand

Halo Infinite vs. Halo 5 Guardians: Here’s how they compare