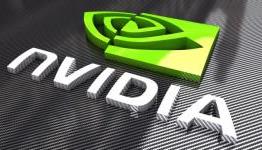 DSOGaming writes: "We’ve all known that most triple-A games release broken on the PC, however it’s good witnessing a former NVIDIA dev publicly acknowledging this while at the same time revealing some new ‘inside’ information about what’s happening with those ‘Game-Ready’ drivers we’ve been getting when really big games come out."

Adhttps://store.steampowered.com/app/1488200/Symphony_of_War_The_Nephilim_Saga/?utm_source=n4g&utm_medium=native&utm_campaign=sow_n4g_native&utm_content=png
- Comments (19)+ Comments (19)
TopNewestOldest
Expand all
The story is too old to be commented.
2758d ago

I'm genuinely interested in this subject, yet I won't go to this website. They have spent their credibility long ago.

We’ve all known that most triple-A games release broken on the PC, however it’s good witnessing a former NVIDIA dev publicly acknowledging this while at the same time revealing some new ‘inside’ information about what’s happening with those ‘Game-Ready’ drivers we’ve been getting when really big games come out.

GameDev’s forum member ‘Promit‘ (who was an ex-NVIDIA driver developer) claimed that nearly every triple-A game ships broken (or at least shipped broken when he was working for the green team):

“Nearly every game ships broken. We’re talking major AAA titles from vendors who are everyday names in the industry. In some cases, we’re talking about blatant violations of API rules – one D3D9 game never even called BeginFrame/EndFrame. Some are mistakes or oversights – one shipped bad shaders that heavily impacted performance on NV drivers. These things were day to day occurrences that went into a bug tracker. Then somebody would go in, find out what the game screwed up, and patch the driver to deal with it. There are lots of optional patches already in the driver that are simply toggled on or off as per-game settings, and then hacks that are more specific to games – up to and including total replacement of the shipping shaders with custom versions by the driver team. Ever wondered why nearly every major game release is accompanied by a matching driver release from AMD and/or NVIDIA? There you go.”

Promit shared his opinion about a lot of topics, and talked a bit about multi-GPUs. As NVIDIA’s former developer said, multi-GPUs are f’ing complicated.

“You cannot begin to conceive of the number of failure cases that are involved until you see them in person. I suspect that more than half of the total software effort within the IHVs is dedicated strictly to making multi-GPU setups work with existing games. (And I don’t even know what the hardware side looks like.) If you’ve ever tried to independently build an app that uses multi GPU – especially if, god help you, you tried to do it in OpenGL – you may have discovered this insane rabbit hole. There is ONE fast path, and it’s the narrowest path of all.”

Promit concluded that these issues will be mostly addressed by the new APIs. The new APIs, Promit said, are the right step, and they’re retroactively useful to old hardware.

It remains to be seen whether developers will be able to code properly for these new APIs!

Go to the source itself on the GameDev.net forums:

If you're interested in the subject you may want to read the whole thread in context too then.

I use SLI, if you learn how to use Nvidia Inspector you can get all games running well with SLI way before official drivers come out. I love SLI.

I've been using SLI for years and am very familiar with Inspector and it has helped. I am just tired of almost every release being a troubleshooting session before I can get it to run properly. And if I don't I'm stuck waiting for a proper SLI profile. I'm done with it.

So we are paying $60 for sloppy coded pc games and gpu vendors have to do all the work to make the games run decent, free of charge.

no wonder PC is so easy to develop for, they don't bother optimizing anything, somebody else will do it for you. When people complain on your tech support forums you bide time till Nvidia fixes it for you.

I've actually got PC buddies who are selling their setups and getting PS4s because they're sick and tired of this crap on PC.

Then they have old hardware they don't want to upgrade.

Poor game performance is frustrating and a capable card and cpu is required to not have problems.

I actually switched from consoles to PC right before this gen started. Mainly due to the fact I could finally afford it.

With the state of affairs in gaming today. It's really annoying to see how consoles have benefits to some folks even after (personally) dishing out over 2.5k for my first build ever. This is considerably more than consoles. Really odd to see how you can pay so much yet still feel robbed in a certain way with the garbage some of these developers are putting out. Then again this PC has replaced all tech in my home (I still got the PS3 and tv with cable etc..) aside from my cell phone.

What lol almost all of my PS4 games were released broken with some of them never getting fixes like the last gen ports. Sleeping Dogs has more glitches on my PS4 than on my PS3 yet no patches since launch. Saints Row IV actually has random crashes throughout and it didn't even get a day one patch and still hasn't lol. Let's see Sleeping Dogs through my playthrough to get the platinum it crashed a total of maybe 5 times on my PS4. Saints Row IV has crashed like 10 times yet I haven't even got to the end yet. The only games that have never crashed for me are the indie games. All of the rest have at least crashed once and sometimes even crashing the whole system, at least Saints Row IV has crashed the whole system. LittleBigPlanet 3 crashed a few times too but that game has actually been getting patches unlike the other companys that just don't care after they have your money. What's even more funny is The Amazing Spider-Man 2 is probably the worst looking game I've seen on PS4, I would even go so far as to call it a PS2 game in HD and it's full of glitches and bugs yet it still hasn't ever crashed lol.

Also note even the most shit of ports on my Wii U(and it has a lot of them) have never crashed or crashed the system for me.

I don't really experience broken games on the PC but that may be because I avoid the games that are classically buggy like Assassin's Creed. For example, I got Borderlands The Pre Sequel day one and I had absolutely no issues. I also got civilization beyond earth day one and had no issues (Other than it not being anywhere near as fun as Civ V), I got Saints Row IV day one and had no issues. I can go on but these PC gamers claiming they have PC issues, maybe your hardware is malfunctioning? The PC gaming machine requires upkeep and it is really easy if you know what you're going. If you buy an alienware and expect it never ever have any issues, I am afraid I have some bad news. PC gaming requires upkeep but it's so rewarding. With that being said, I cannot wait to go home and get Ori day one as well :)

Man, We really took the PS2 era for granted...

RTX Remix Could Revolutionize Modding, Even If It's Not Compatible with DX10+ Yet

Nvidia says falling GPU prices are a story of the past