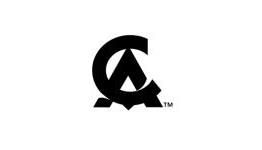 According to a job ad published a few days ago, next Creative Assembly could be a multiplatform AAA with multiplayer mode.

I doubt it will be an Alien game with that much concentration on online. Unless its Alien Vs Predator or something.

What do you mean by "that much concentration on online"

They are just asking for someone who has some good/few years experience with online game development. Its pretty much a standard whenever you are looking for new people for your team.

They have already said that "sequel is a daily topic" and A:I was loved by many so it would make sense to make a sequel.

Another thing that could support/be supported by this job application is that quite a few people have shown interest in Aliens 2/colonial marines type of setting but just done properly. If you are basing the next game on that feedback, you are bound to have more shooting and a better possibility of incorporating an online mode.

If you are one of those people who side with the sequel being more Aliens 2 like, this "news" makes pretty good sense.

Besides, they need to make the sequel much different from Isolation because alot of people agree that the game was borderline repetive at times after 20 hours worth of campaign.

Could be a Warhammer or Alien game, who knows.

Five Developers That Should Tackle A New Star Wars: Knights Of The Old Republic

Studios That Microsoft Should Buy Next | From Bungie to Remedy Entertainment