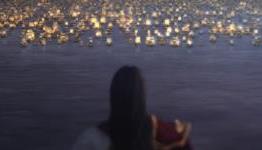 Dominic Sheard: "Ever since the Empires spin-off for Dynasty Warriors were introduced back with Dynasty Warriors 4, the series has been following a stable pattern for each numbered title.  You get the main entry, in this case the great Dynasty Warriors 8. Next is the expansion called Xtreme Legends, normally a separate game that has some built in features for people with the main release (the PS4 received a wonderful port with them bundled together) and then finally the Empires iteration drops, signalling the final entry in that numbered release and one that features a drastically different campaign to the mainline entry. With Koei Tecmo and Omega Force on such a roll with their last few games (Samurai Warriors 4, Hyrule Warriors and Dynasty Warriors 8), surely this latest Empires release should keep the ball rolling?"