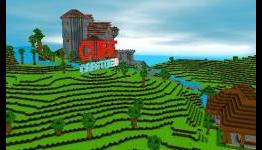 Cube Creator 3D Submitted to Nintendo of America for Lotcheck

Big John Games have announced that as of late Friday, Cube Creator 3D is official in lotcheck at Nintendo of America. The studio also confirmed that a release date will be released soon, so long as the process goes smoothly in Redmond, WA.

Kingdom Hearts is the Alpha of IP Crossovers