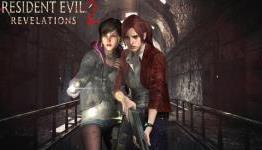 Resident Evil: why Capcom’s Raids are a Revelation

GamesRadar:"Two chapters in, and so far Resident Evil Revelations 2 has been a thoroughly enjoyable episodic adventure. Even so, at times it feels like a series in the middle of an identity crisis: Capcom seemingly can’t quite decide whether its audience is in the mood for gung-ho action or would prefer the slower, more methodical approach of the series’ survival horror roots. It leads to a mild sense of unease during set-pieces where you’re encouraged to fire at will - after the previous hour has taught you to evade and stealth-knife enemies, to scavenge ammo rather than wasting it."