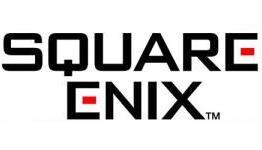 Square Enix has released a new questionnaire that they claim will “shape the future" of the company. In the eighth and ninth questions, Square Enix asks which of the listed platforms the user owns and plays the most, with Sony's handhelds ignored.

No, they've added those in.

Hmm, when I saw this report on a different site earlier in the morning they hadn't added those two.

Um they have that rhythm game and the Default series...

For a company saying "bye," they're sure releasing a lot of content ...

Yet a New SaGa game was announced exclusively for the Vita

but why? It's a good handheld. Damn sony and not even trying to keep the vita alive..

Vita is doing well in japan, if only they would localize most japanese games on it it might do well

There's no logical reason not to include it. It cannot hurt anything, it's just more data. Video game companies are out of touch. People think they're perfect but people run them and in case anyone doesn't know, people are not fail-proof. Often they're idiots, regardless of position (look at politics).

I truly believe that Square is run by apes.

It just makes no sense. Even if they completely hated the Vita (which it doesn't seem like they do), the only outcome of leaving it off the survey is that it causes the data to be less accurate.

This isn't even the first time.

They should add a PS Vita option in their survey since I've bought a lot of their games for the handheld:

Way to give back to your fans SquareEnix! /s

Wiiu and 3ds are also excluded from the survey.

Square enix needs to make money after all.
And with the numbers Dragon quest heroes is putting up right now in Japan, ps4 is the obvious choice for them.

No, they've added Wii U and 3DS to the survey.

The majority of Dragon Quest Heroes copies sold in Japan are on PS3. In fact, I'd wager if they released it on Vita in addition to the other two, it'd also outsell the PS4 version.

@yuukilu There are plenty of PSP/PS Vita games that have sold majority share on Vita, despite the gigantic userbase difference.

In the west, PS4 games regularly outsell their PS3 counterparts despite the gigantic userbase gap.

Check again the survey... they're there.

Re-release of Star Ocean 2? Is it the PS1 version, PSP version or a new release? Couldn't find any source anywhere.

I did the survey and by the end I asked to put the PS VITA there!

Ouch... getting the Wii U treatment.