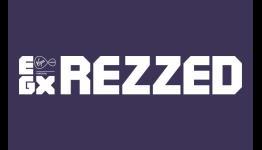 Adam Shepherd writes: "It's that time of year once again: convention season is almost upon us. March 12 marks the first day of EGX Rezzed, one of the first gaming conventions of the year. There's a lot to look forward to – it comes hot on the heels of GDC, and it'll be the first chance many developers get to show off their products in the UK.

With developer panels, a careers fair and the usual raft of playable titles, it can all get a bit overwhelming. Fear not, however; we're here to get you through it. Without further ado, here's our pick of the top things to look out for at EGX Rezzed 2015."

Bloodborne has been recreated in Minecraft, and it's mind-blowing

Valve has tripled the number of verified Steam Games since launch

A Bloodborne Remaster Just Makes Too Much Sense After Elden Ring