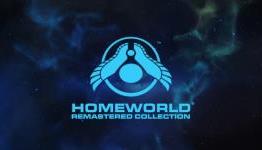 Homeworld Remastered Collection Review: A Triumphant Homecoming I The Koalition

Asad Quadri of The Koalition writes:
1999 saw the release of a video game that would change the way real-time strategy games are played. It was the first ever attempt at creating a fully three-dimensional strategy game set in space which told a captivating story about a group’s struggle to regain what was taken from them with mystical and deep mythos detailing legends and ancient civilizations. That game was Homeworld. From developers Relic and publishers Sierra, they had successfully created the very first 3D space strategy game with perfected gaming mechanics, stunning graphics, and flawless sound design.

The success continued with Homeworld 2 with improved mechanics and the continued story of the brave Hiigarans standing their ground against overwhelming odds. For years to come, other space strategy games would attempt to emulate Homeworld’s perfection while adding a few nice touches of their own. Now from developers Gearbox, Homeworld 1 and 2 has been brought into the new generation of PC gaming. The original games have been re-released in addition to remastered versions complete with enhanced graphics and effects. It’s time once again to strategize, travel and fight through the void of outer space with the Homeworld Remastered Collection.

I have heard nothing but good things about this remastered collection. Hopefully this game will also come to PS4 and Xbox One in the not too distant future.

I'm not really into RTS games like that but I give the genre respect. This should be a cool collection for fans of the series.