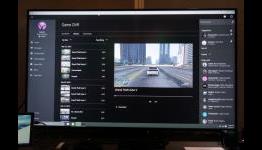 GeekWire got early access to a preview of the March build of the Xbox app on Windows 10 during a demo session at the Game Developers Conference in San Francisco. Case in point: Windows 10 will allow gamers to record video from any game running on their computer using the Game DVR feature starting with Microsoft’s March update to the preview build of its new operating system. Game DVR runs in the background whenever someone is playing a game, and keeps a running video buffer so people can rewind and capture cool moments.

Should Xbox move its PC Game Pass operation to Battle.net?

Microsoft is bringing its Xbox Auto HDR feature to Windows

Steam vs DS4Windows – Which is best for DualSense On the PC

Microsoft explains why "purchase capabilities" were removed from Xbox app