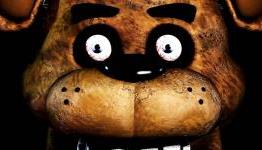 Five Nights at Freddy's and Difficulty in Horror Games

The Five Nights at Freddy's series has its share of pros and cons, but there's one thing that not many discuss: its difficulty. This article examines all three games in the series and the challenge of making a horror game just difficult enough.

The Easiest 1000Gs on Xbox One, Xbox Series X|S

The Importance of Jump Scares