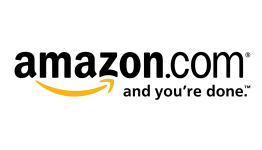 According to Amazon, Wii U pre-orders increased the most after Gamescom

Both E3 and Gamescom are huge events in the gaming industry where the big three showcase what their customers are in store for in the coming months. As a result, online retailers like Amazon often see a surge in pre-ordering for various games, especially those that received tons of coverage during these events. According to Amazon’s results, the Wii U’s software saw the most rise in pre-orders after the show, with an 8.67% increase

Remember when idiots critized Nintendo for no press conferences. Yet they won E3 and basically Gamescon.

Yes ... boycott one of the only third parties that actually stuck around with Wii U for the most part. Smh

SimCity Orriginally Planned To Launch On Wii U

Nintendo Has Something To Celebrate, Wii U Turns Two

The Amiibo Are Here and Some Are Selling Out

5 reasons why gamers should give the Wii U a chance