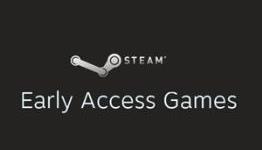 Early Access seems to be the almost go-to for a good amount of devs now. It’s like the map to success starts at ‘Game idea’ ends at ‘Launch’, but somewhere in between everyone found this less beaten path towards a half-way house titled Early Access. It seems like the done thing and I don’t like that, but it does have it’s benefits which are incredibly useful.

There are a lot of awesome games on Early Access, but some developers/publishers are using it for things that really either don't need it, or shouldn't be on the program yet. Steam really needs some more quality control.

I do mention in the article that some games are alot further on than others.

In some cases it's just an issue of tweaking and then pushing out properly, in others the community are along for a good deal of development and that's not really the best business model I personally feel.

There are some games, namely Nether, that get released before they're even finished. Removing an unfinished title from EA to gain sales is a horrid move.

@xNomaD: Nether? Unfinished? Are we playing the same game here? I've been playing it a few weeks now and it looks and plays perfectly fine for me. UI is pretty ugly but otherwise I'd say it's about there.

I miss full 100% done games with no patches or DLC or glitches, they just worked and were fun, no BS.

I cant think of too many Early Access games that I wasnt willing to wait for the final version. So for me anyways, Early Access simply doesnt have the appeal.

It's true, I can't think of many titles off the top of my head I was dying to play. Paranautical Activity was from Kickstarter I believe and went through Early Access not Greenlight. I was able to get a press copy and then enjoyed it so much I paid for a couple copies.

But not every game can be like that sadly enough :(

Do you mean support the devs that make it work? Or do you mean that companies like inXile are also doomed?

Because if the first then yea they are one of the few devs able to do this but that's because they're a B-team developer making good games with years of experience.

Most of the other devs aren't able to do what they do and it's not in their best interest in teh long run to do it as per some of my points in the article.

I also prefer watching a game progress through development and even take suggestions. The developers for Starpoint Gemini 2 are right there like ALL the time answering questions, seriously listening to suggestions, and actually responding.

Its true that not ALL games will benefit from this process. But by and large the successes are mostly ignored in favor of a good scandal that reinforces the dislike people had with the process from the very beginning.

Is it a perfect system? No. But I think its going to take time. I don't think there needs to be standards in place like a limited time frame. The problem is, even in the best case, a developer may be forced to stop development for a situation that is literally out of their control (natural disaster, etc.). What then? Does Valve force the to refund all the money spent on the game up to that point? Money they likely don't have? Haphazardly throwing protections in for consumers who refuse to do the leg work to become informed is more dangerous than doing nothing at this point, IMO.

The problems aren't just with the developer either, the consumers show a complete lack of understanding when it come to early access. At the end of the day its their choice to buy or not. That's what this boils down to every time. Its a choice. No matter how many protections you put in place, it falls on the consumer to make an informed choice. I have bet on at least one dud (maybe) so far and I don't feel entitled to anything, I knew that could happen from the moment Early Access was announced. I knew my money could be lost or I would never see a final product. I made the most informed decision I could, and I don't regret it at all. Space Engineers, Starpoint Gemini 2, Kerbal Space Program, Planet Explorers, Kinetic Void, Assetto Corsa, all of them have given me, as a gamer, what I am paying for: Entertainment.

TL;DR
Early Access isn't perfect. It will eventually find its place. I am NOT opposed to better ways of informing potential consumers about Early Access. I am opposed to throwing in a bunch of regulations as a knee-jerk reaction by the willfully uninformed. I do not think it will die off but I don't think it will become a norm either. At least in terms of major development cycles for certain developers with the means to develop full-time and for certain games that benefit the process.

Want to also add that, as with everything, some may try to take advantage of the system. Deleting negative comments and other things of that nature should be addressed. Along with better ways of informing consumers.

While I enjoyed the Destiny Alpha and Beta...the whole concept of early access to pre-order customers just sits wrong with me.

A game should be its own reward! You shouldn't have to bribe your customers to get pre-orders...hell, the whole IDEA of pre-ordering games is wrong in the first place!

Tell you what...make a good game and I will buy it. AFTER it comes out, and AFTER the game gets a proper review.