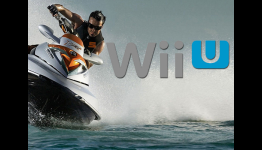 N247 writes: If you were to ask me which N64 games I would like to see remade or given an HD makeover on the Wii U, Wave Race 64 would be on the top of that list. Super game developers, Shin’en Multimedia also agrees. During a recent interview, Shin’en CEO Manfred Linzner shared the love for the game and how they wouldn’t mind working on a Wii U version of Wave Race if given the opportunity by Nintendo.

So many studios want to work with Nintendo's IPs, and yet we don't see any game coming soon, aside from Hyrule Warriors.

Hopefully next year we can see the first bunch.

Because most studios aren't as talented as we think they are.

They make stupid easy mistakes that Nintendo's quality control, won't allow, so it's sometimes a bit stricter, and Nintendo doesn't want somebody else screwing up what they built up for the past 30+ years.

Id go out and get a wii u just for this game..
best game of my childhood!

great games making a comeback, nice! now if i had some chicken wings i'd be in heaven!

Wave Race and F-Zero X, for DAMN sure \m/
I would buy a Wii U if this happened.

Would be awesome to see either a new Wave Race or F-Zero!!! Shinen could prob make both great but I honestly hope Nintendo improves upon that wonderful MarioKart 8 engine for the next F-Zero.

And as long as the F-Zero soundtrack is a metal theme like X was. The newer F-Zeros were too electric.

They should be allowed to make any game they politely ask to make at this point, IMO. Like Nintendo has done over the years, Shin'en has proven that the wait is worth it because their titles have the best production quality. Let them do Wave Race for the Wii U! It would be $20 or less and would be better than if anyone else did it.

This would help with the lack of games.

Excuse me? Lack of what?

@ricochetmg if you said 3rd party games then maybe but the wiiu line up is impressive now. In fact I own more wiiu games than Xbox one games.

Love to see waverace and fzero on the wiiu they souls look amazing.

Yeah I'd be up for another Wave race but i want it more like Wave race 64 and not blue storm. Don't get me wrong i still had fun with Blue Storm on the GC but there's no beating Dolphin park :).

We need to create a petition for THIS :) they need to be heard by Ninty.