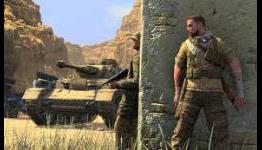 "Sniper Elite 3 is the sequel to Rebellion’s awesome but underrated Sniper Elite V2. Players once again take control of sniper extraordinaire Karl Fairburne. The game is actually set several years prior to Sniper Elite V2 and follows Fairburne’s exploits in Africa as he learns of the Nazis plans for a secret wonder weapon." Says CalmDownTom

Adhttps://store.steampowered.com/app/1488200/Symphony_of_War_The_Nephilim_Saga/?utm_source=n4g&utm_medium=native&utm_campaign=sow_n4g_native&utm_content=png
- Comments (0)+ Comments (0)
TopNewestOldest
The story is too old to be commented.
60°2

The Best Shooters on the Nintendo Switch to Blast Hours Through