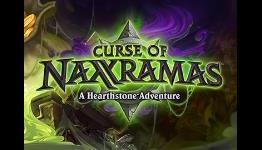 Details regarding entry to the Curse of Naxxramas, a new Hearthstone single-player event, have been released. Naxxramas will open its gates one wing at a time, with a new wing opening each week. There will be five wings in total.

Players who participate during the launch event will gain free access to the first wing: the Arachnid Quarter. The launch event will last roughly a month. After the Arachnid Quarter, the next four wings can be purchased for 700 gold per wing or $6.99 USD per wing. Gold can be earned in-game by completing quests or arena challenges. Bundle packages will also be available.

Hearthstone nerfs announced for Voyage to the Sunken City

Save the Date — The Future of Warcraft