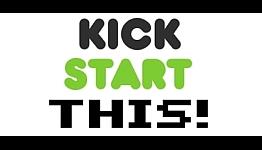 "That’s right, it’s time for football (or soccer, for the average American reader and editor). World Cup fever has landed and is now in full swing like the Rio Carnival. It has been a tournament of surprises, with the current World Cup champions knocked out by the second game, along with perennial contenders England (but I’m Scottish, so the less said about Luis Suarez’s two beautiful goals, the better).

There are a number of great Kickstarter campaigns in full force as well, and instead of placing bets on goals scored or corners won, perhaps think about donating some of that cash to these fine projects. We have the amazingly named Catlateral Damage, top-down 2D action-adventure Midora, and 2D puzzle-platformer For My Brother. On top of that, there is also a side-scrolling space shooter known as Temporus, the stealth ninja mastery of Twin Souls, and the 8-bit existential journey of Glitch.

Ten Games We’d Like to Get Sucked into Besides Jumanji