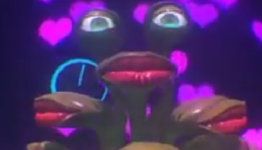 This week sees the launch of a bizarre and amusing new virtual reality (VR) videogame. A team of independent developers has released Alien Makeout Simulator onto the official Oculus VR Share Beta. The experience is free to download on both PC and Mac, and comes will full support for the Oculus Rift VR headset.