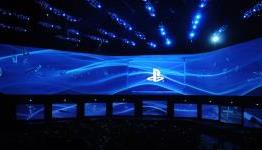 One Hit Pixel: "The last of the opening day's conferences (with Nintendo to come tomorrow) was Sony. Following on from Microsoft, EA and then Ubisoft, what would Sony bring to the table? The answer? A ton of new stuff with a drab half an hour in the middle.

There was a plethora of new content announced, some truly wonderful surprises and a strengthening of Sony's 2014 showing. It's late here in the UK, but what did the One Hit Pixel team think of the Sony E3 press conference?"

Loved it. Uncharted 4 looks amazing. They were right. LittleBigPlanet3 was expected but really looks fun.

Waiting for Last Guardian and Agent, though they are 3rd party. I don't think that the lack of those titles should take away from the conference.

I thought the show was fantastic. So much great stuff was shown.

There was a 'slow' boring part of about 25 minutes orso, about the whole PS TV and PS Now and such, but after that, it really picked up big time again.

Both Microsoft and Sony had a brilliant E3 this year. Future is looking bright. :)

despite the flamebait, he isn't wrong, most mulitplats look and run better on Ps4

I liked it! Yes there was a slow mid-section but I love the look of launch exclusive No Man's Sky, Grim Fandango and the GTA V announcement. Solid. The new Sony SCEA guy looks like an Italian mobster who can order someone get whacked if he doesn't like them!

It wasn't even 25 minutes. Talking starts at just over 1hr 2minutes, and ends at just under 1hr 17minutes. So just under 15 minutes. It just seemed like an eternity. By tomorrow, the time will be up to 55 minutes by some on here.

cant believe people disagreed with you.

Not as good as last year but a solid showing. Hopefully at TGS they show the Last Guardian and Japanese related games.

I thought it was a little better than last years. Powers was the most pleasant surprise for me. I don't see myself playing any of the indies shown except for maybe Entwined. Although it looks pretty, I don't see where the "game" aspect comes in with No Man's Sky. It's essentially interactive exploration. Its cool of that ur thing, but I need more than that personally. Price point will play a huge factor in whether or not this game does well.

Although I liked the conference, I wasn't mindblown by anything. Of course UC4 looks good, it obviously wasn't going to look like shit since ND is known for pushing graphical boundaries. Idk why people here are acting so surprised by the visuals, saying things like "Take that haters!" Grow up.

Whats certain is that both Sony and MS have a stacked 2015.

Yeah I agree, I thought they both did well. I'm actually very curious about PS Vita TV. If it's true that it offers 1000 back catalogue games for $100 then I'm definitely getting that.

I genuinely believe sony did much better than the competition in the third party category because of the fact that instead of attaching the game to their brand they attached exclusive features to the game. Like come on you can frigging invite a friend to play far cry 4 without the game? Jesus h christ promote whoever the hell came up with that! Also the brutal amount of destiny content and couple in the fact ill be playing it thursday lol. And naughty dog = the five megaton beeps lol

The one thing I couldnt grab the concept of was that......

WTF ? What does that mean???? A game mode with friends only?

Edit:
SuperBlunt
Ah.. I guess the guy in the Gyrocopter for example....

I believe it's going to use the game streaming feature of PSNow. Don't quote me on that.

go watch the ps4 gameplay. Adam boyes stated that you can own a copy of far cry 4 and invite a friend on another console whom does not have a copy of the game to your lobby (Main campaign) to help with a mission (any mission)

last year was better, i was actually excited then.

why isnt anyone mention ratchet and clank ps4 remake?

denial lol. Well sony announced so many things its easy to forget bruh. SEE!!! if microsoft announced that it would have been shoved in our ear canals. Very excited for it though. I love R&C.

There's a Ratchett and Clank remake?

I thought it was about the movie.

They said they are re-imagining the first game as well. Don't know if it's a full on reboot or a remake. It was a pretty brief announcement made right after the R&C movie showing.

Hahaha ur funny, I see why you have a joker avatar.

at the point were demonstrated the tv shows was pretty boring ...why damn Sony wastes resources for idiotic shows and series which nobody watches and they are US exclusives???? .. the rest of the show was good , although with no surprises like MS

No Man's Sky looked awesome. I was hoping Sony would show some Rime gameplay and more exclusives though.

It's Time To Give Up On Left 4 Dead-Likes