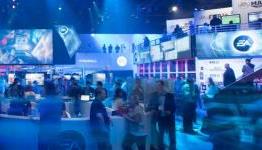 One Hit Pixel: "Two down, two to go. We’ve already give our reaction to Microsoft’s E3 press conference, but now onto EA. Clocking in at just an hour, EA didn’t actually announce anything new. There was a revisit for things announced last year – such as Battlefront and Mirror’s Edge 2, a look at the yearly sports franchises, a game that would’ve been new if it weren’t for last week’s leak, and then a look at what a duo of studios are doing without actually announcing anything.

Ultimately, EA’s conference felt a little bare, especially given the severe lack of new titles, but that doesn’t mean what they did show wasn’t impressive. Let’s take a look at what the team thought of the conference."

I thought so too. Everything I actually wanted to see from them was just conceptual lol

Its EA....they suck but some of the games are cool

Taito’s “Puzzle Bobble Everybubble!” is coming to the Nintendo Switch on May 23rd, 2023