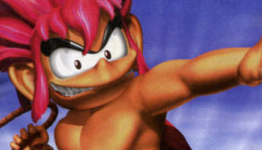 MonkeyPaw Reveals Why The English Version Of Tomba! 2 Isn’t On PSN In North America

MonkeyPaw's Ryan Olsen recently explained that emulation issues are preventing a North American PSN release of the English version of Tomba! 2. The company is still trying to get that version out, but decided to release the Japanese version in the meantime.

Adhttps://www.youtube.com/watch?v=IJUbGKExS0A
- Comments (4)+ Comments (4)
TopNewestOldest
The story is too old to be commented.

At least it is just emulation issues and not some type of license problem.

if people on the internet have had roms like this worked out for over a decade, why the hell cant these companies get them working on PSN?

Because approving software for sale has more strict regulations. Tiny bugs that most of the time you may gloss over while playing games may disqualify a game from sale.

tell that to bethesda or dice

PS1 Game prices are out of control – but for some, it’s the perfect time to buy

The Rarest PS3 Game Ever Is About To Be Released