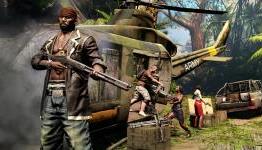 "Racism still exists. From the day to day micro-aggressions muttered under breaths, to the vocal suggestions in protests and online that any person of colour is less than their white peers and to the systematic oppression of those who don’t happen to be white. It’s around us and poisonously so, to the point where it infiltrates every aspect of society.

A place where it is most called into question and analysed is video games, where a (small, but meaningful) margin of non-white characters are seen. But can the behaviours of these characters influence our views on race? A new study seems to think so."

This is exactly what I was saying in the very first discussion of this article. There is an inherent "bias" in this study. The issue is pretty simple...there was no pre-screening. Therefore, we know NOTHING about racial bias, stereotypes, or prejudice that existed BEFORE the actual study. Let's not even go into the "more or less" racist idea. Finally, and pretty important, is that there was no control group. Why not do the same thing for minorities to see if they show similar changes in attitude while playing these games? This would at least provide a basis for quantifying the results, to an extent, and allowing a basis of comparison.
About the only thing this really shows, if at all, is that something that was a known issue remains an issue.

Seems like half these studies that involve gaming seem to have a conclusion they want to come to; anybody that knows anything about science knows that this will inherently skew the results.

This article hit it right on the nail! Especially the part where the author said,we are dealing with systematic racism. Yes racism is a system that is the reality. The movie and gaming industry need to be more diverse, and stop giving us slave movies like 12 days of Slavery. Why can't they make movies or possibly even games about Africans and Queen? There are a lot of good stories out there.

I meant to say African Kings and Queens (I did that comment on the cell phone typo my bad) in that paragraph.

Gereralizations are wrong no matter who gives them. It's wrong to say that all blacks are violent. However, it's also wrong to label all Americans (or any other culture) as being unwelcoming (or racist).

Individual people can be extremely racist. Just because that one person goes to a certain school, or is from a certain country, doesn't mean that person is the representation for that entire pool of people.

Am I the only one that doesn't see race or sex in video games? It really doesn't register that I'm playing as a woman or black or a goat for that matter when playing, my first thoughts are functionality in terms of what they're capable of but never have I once thought "hey why aren't there people like me".

Sometimes I see gender. It depends on how out of place the character seems. The girl from heavenly sword was a good fit, but the new Lara Croft felt out of place in a highly violent videogame. Then again so did the guy from farcry 3 and sometimes the great Nathan Drake does aswell.

Honestly I also see race, if the character isn't awesome like kratos, I feel like it was a wasted oppurtunity, and if he's too stereotypical(and not in a funny way). It just seems corny.

Yup, you pretty much hit the nail on the head. I would´ve simply replied to whoever came up with this theory with a "You and the people that provided you with enough reasons to come to this conclusion must be out your got damn simple minded mind" and kept it moving.

Racism is far more complex yet that "study" is as shallow as the mind of a racist.

@iceman06 You´re one clever individual I´ll tell you that much. Respect.

Ten best games from the 2000s you may have missed

Fight Night Round 4 Servers Will Be Closing In 2020